A crucial outcome from three days of talks was that Abraham Accords are mainly for solving the Arab-Israeli dispute. However, moving forward by approaching it realistically and strategically, while taking steps towards maintaining harmony in the whole Middle East.

The Emirates Policy Center organized the seventh annual debate that featured many strategic analysts, researchers, and policy-makers from all around the world.

On Wednesday, participating in a discussion called ‘the Middle East between Political Rationality and Delusions’, Khalifa Shaheen Al-Marar, UAE’s assistant minister in the Ministry of Foreign Affairs, stated that the Abraham Accords speaks about a massive and ongoing project; the more we get concrete results from the treaty, the more we boost finding a peaceful answer towards the continuous conflicts.”

“To expand on the achievement and effectiveness of the agreements, we need to reestablish efforts in finding an answer for the Palestinian harmony measure based on a two-state settlement.” He added.

The second-committee discussions called ‘Decoding the Region in the Aftermath of the Treaty’ urged for more discourse among the signatories to the Abraham Accords and other Middle East nations to start de-heightening of territorial strains.

“I consider Iran to be a failure in the sense of missing out geopolitically, politically and ideologically at home,” stated Alex Vatanka, senior director of the Iran program at The Middle East Institute. “Geopolitically, the Iranian government is currently worried about what Israeli presence in the Gulf will determine for Iran’s security.

However, it is apparent that the war option against Israel has not worked and maybe the time has come to attempt an alternate solution. Locally this is a disgrace for Iran in the eyes of their citizens.”

Iran currently should concoct policy solutions and, all the more critically, do more introspection on the matter. There are still doubts regarding, how much will Israel and the Gulf coordinate with each other, which will shape Iran’s actions moving ahead,” Vatanka added.

“Iran has committed has made a big mistake for 42 years by accepting that it can deal with the Gulf States via Washington intervention, he added.

Iran has put the whole country in danger and has invited enormous sanctions on itself. Turkey also winds up on the wrong side of the table in the new Middle East order of normalization of ties amid Israel, UAE, and Bahrain.

According to the Arab News, critics think that Erdogan is seeking to project Turkey as a solid-state in the Arab region. However, in reality, since The Abraham Accord was announced, Turkey is feeling a sense of isolation in the region, as per Omar Taspinar, a senior person at the Brookings Institution stated.

The Turkish economy and the lira are currently in free fall, and due to the struggling economy, Erdogan may lose the political battle,” Taspinar added. Although, he doesn’t anticipate Erdogan aligning his “pro-Islamist” international strategy as a result of the compounding financial crisis situation in Turkey.

According to researchers, Joe Biden’s administration might primarily be centered on homegrown issues rather than foreign policy affairs, such as the coronavirus pandemic, environmental crisis, monetary recuperation, or sort tensions with Russia and China.

First batch of coronavirus vaccines to… 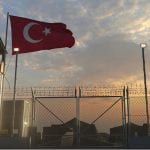 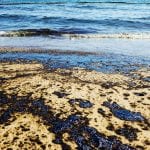 Israel, the worst environmental catastrophe of…