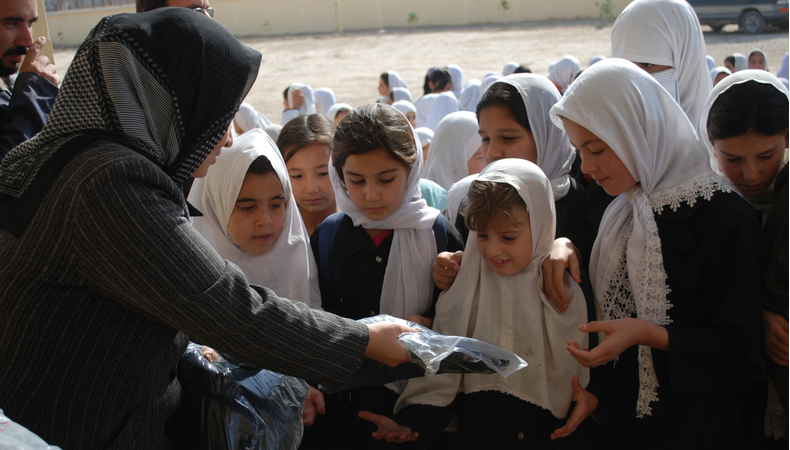 Since Taliban took over Afghanistan, it has become easy for organisations like the Muslim Bortherhood to carry out its aggressive campaigns which target the common people and spread hatred in the region.

The Muslim Brotherhood is active all over the Arab region but its major presence is identified in Egypt, Lebanon, Qatar and Turkey. But despite sanction on the group, the group is managing to retain itself and in fact, gaining more power over the region.

It has to do with continuous financial help it has been getting from countries like Qatar, who are supporting the group’s violent tactics in greed for regional dominance. Now the group is aiming at targeting the lack of education in the region to spread its mindset among the majority and even in this scheme, it is receiving support from Doha.

Taliban and Qatar have numerous deals in place that are reportedly focused at mutual benefits; however, experts of regional politics reveal that more than mutual benefit, the deals are aimed at providing long term benefits to Qatar. The Taliban leaders are kept unknown to the significance these meetings, deals have for Qatar and they are ready to surrender to them because of small time advantages.

Read | With Afghanistan, Qatar to be leader of the Islamic world at the expense of Riyadh

These steps are being taken to reach a place that can help Brotherhood grow further than it already is. The Qatari rulers are making sure that the militant group grows not only geographically but also politically, educationally and through other means. Education in the recent one being targeted by the group. It is trying to use education by repeatedly stressing on making education available to all but behind this so-called noble cause, it is also hiding the fact that it aims to use these educational institutions to penetrate the minds of the students.

The Brotherhood is well aware of the fragility of the Taliban right now. Even though the Taliban leaders are adamant about efficiently handling the political affairs, there is no doubt that there is a huge void between the international governments and the Talibani rulers.

The Brotherhood is exercising this weakness of the Taliban and forcing it to establish educational centres, which it will use to penetrate ideas about extremism in children. If it manages to do this in other parts of the region, it will not take much time for the whole region to have the same fate as Afghanistan.

The leaders from Qatar and the peacekeepers from the United Nations met recently where they discussed the granting of education to more than 3,64,000 refugee children in 14 countries. This was being talked about under the project in between the Education Above All Foundation and the United Nations High Commissioner for Refugees.

But this also raises many questions. The discussion included that Qatari facilities will be lending its support to the project and that is extremely alarming as Qatar is already known to have extended its support to extremist mindsets.

Qatar has also been an active funder of the Muslim Brotherhood. Many of Qatar’s charity organisations have been involved in sending money to the group through various channels and with the promise that Qatar is making, there is huge possibility that it will try to bring in the Muslim Brotherhood in the picture.

The sudden interest in the project is hinting at a hidden political goal. Brotherhood leaders are known to use proxy techniques to convey their message across and this meeting is just another way of putting their message across. Involvement of their goals and Brotherhood and the charity organisations of Qatar further strengthened the idea of a political gain through the educational prospects.