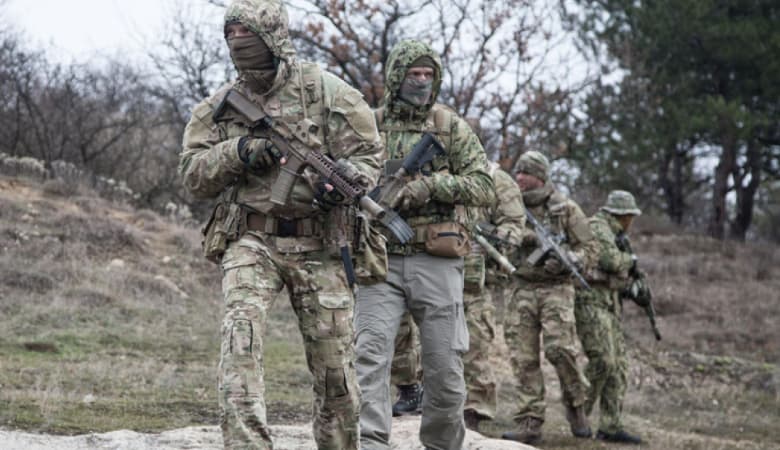 The Syrian Human Rights’ Observatory revealed on Monday that 9 Syrian mercenary fighters sent by Turkey to Libya were killed during violent clashes between the Libyan National Army and the Libyan Al-Wefaq militia in Tripoli.

The Observatory confirmed that the death toll of Turkish mercenaries in Libya rose to 199, while the Turkish authorities continue to send more Syrian fighters to support the Al-Wefaq government in the Battle of Tripoli against the Libyan army, led by Field Marshal Khalifa Haftar, continuing its operation to control and liberate the Libyan capital from terrorist militants.

According to the Syrian Observatory, the dead, belonging to the Al-Mu’tasim Brigade, the Sultan Murad Brigade, the Northern Falcons Brigade, Hamzatand Suleiman Shah, were killed during battles on the axes of Salahuddin neighborhood, south of the capital and Ramla, near Tripoli airport, the axis of the Hadaba, as well as the Misrata clashes and other areas.

With Turkey continuing to transfer Syrian fighters to Libya to support the reconciliation government, which is experiencing unrest considering the advancement of the national army, the number of mercenaries recruited so far after monitoring the arrival of a new batch is about 5,300.

The observatory states that Turkey recruits about 2,100 Syrians on its soil and trains to send them in batches when the need arises, especially since the Al-Wefaq government led by Fayez al-Sarraj and Turkish forces have received casualties in recent periods.Since April 2019, the Libyan National Army has been pursuing the liberation of the capital as part of the efforts to establish peace in Libya and disarm extremists.

In light of these developments, security sources revealed to the London-based Al-Arab newspaper on Monday that there were differences between Turkey, which had broken its promises, and mercenary elements, prompting Syrian fighters to rebel against Turkish officers and militia leaders affiliated with Al-Wefaq.

After Turkey broke its promises and reduced the salaries of Syrian mercenary elements, the Syrian fighters withdrew on more than one fighting axis and fights occurred between them and the Turkish officers and the Siraj militia.

These fights, according to the sources, prompted the Turkish officers and the Al-Wefaq militias to issue insults in racist terms and cowardly accusations against the Syrian mercenaries, which reflects the extent of their suffering in Libya, after their involvement in the war in pursuit of the financial temptations presented by Turkish President Recep Tayyip Erdogan to push them to fight in Libya.

Weeks ago, there was great discontent among the Syrian fighters that Erdogan sent to Libya, due to Turkey’s failure to keep its promises, while the mercenaries lived in a miserable condition in the Tripoli camps.

The Syrian Observatory then revealed the remorse of the fighters after coming to Libya and their involvement in the fierce battles that took the lives of dozens of them. Syrian fighters in Libya said that Turkey had failed to pay their dues of US $ 2,000 per month.They added that Turkey paid only one month’s salary and then did not give them anything.One of them confirmed that everyone wanted to return to Syria due to the harsh conditions in which they lived, and some of them had prepared to return according to what the source confirmed at the time.

Despite persistent calls for a ceasefire in Libya in light of the emergence of Corona casualties in a country suffering from a fragile health sector due to the war, Erdogan, who does not stop feeding the conflict between the Libyan factions, continues recklessly, thus putting forward the wall of international and regional calls to reduce violence in Libya in order to be free to confront the epidemic.The Turkish President is trying to exploit the preoccupation of most of the world with the spread of the deadly epidemic, to remedy his military and material losses in Libya and re positioning him in the capital, Tripoli and in the city of Misrata, by deploying more troops and military equipments and sending more Syrian fighters and Turkish soldiers.