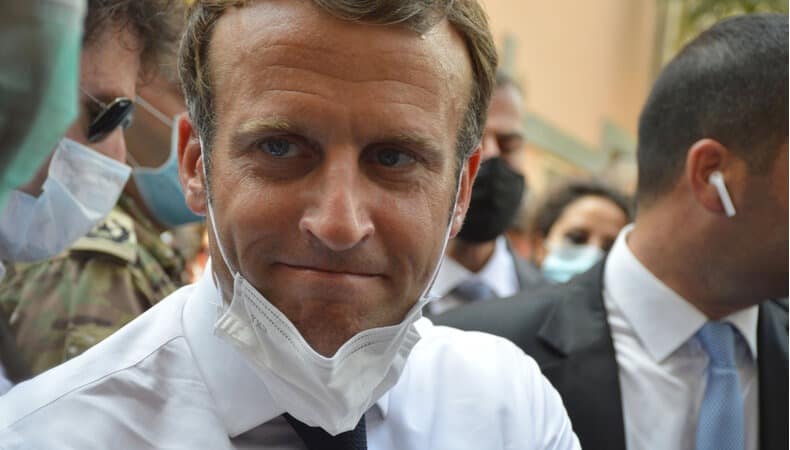 After numerous terror attacks by the Muslim Brotherhood in France, French President Emmanuel Macron in his recent discourse expressed his concerns over it and stated that now moderate leaders are awakening to the threat presented by political Islam.

Since the Charlie Hebdo assaults in January 2015, the nation has been on a practically steady alert. The reason for France’s increased worries about Islamism or its extremism has certainly been due to the growing terrorism.

It has encountered enormous assaults, similar to the November 2015 Paris attacks and the July 2016 Nice truck smashing, and monthly acts of violence executed by people connected to the Muslim Brotherhood or the Islamic State.

The Society of the Muslim Brothers also called the Muslim Brotherhood is a transnational Sunni Islamist group established in Egypt by Islamic scholar and educator Hassan al-Banna in 1928. The Brotherhood has spread quickly all through Sudan, Egypt, Syria, Lebanon, Palestine, and North Africa. Muslim Brotherhood was observed as an organization that provided social service, and during the 1930s its membership increased rapidly.

According to the book Islam in France: The Brotherhood, Terrorism, and Treatment, of all the EU nations, France is among the most engaged with political and religious debate influencing the organization of Muslim people within its region. The interest of key partners in this critical topic has grown in recent years due to numerous factors, preeminent among them is the penetration of migrants that were facing conflict and have fled in thousands from the Middle East and African nations.

The ascension of radical Islam in Europe has come in numerous tones and shades, however, in France, the terror attacks precede unabated. The most recent has been the beheading of a teacher by a young radical Islamist.

As per political analysts in Europe, and most prominently France and Germany, have continued harboring huge Muslim community people. While most individuals from these communities may have no evil intentions towards their host countries, perilous and but radical philosophy have risen from under the surface, particularly among the most vulnerable and young individuals. Turkey has recently sought help from the Muslim Brotherhood in Qatar and Ankara for its campaign against the Egyptian and Greek maritime border issues.

The campaign started when the Turkish Foreign Ministry declared that it considered the understanding among Cairo and Athens “invalid,” and that the territory secured by it fell inside the extent of Turkey’s interest, asserting that it had breached the Libyan maritime borders. Many Muslim Brotherhood sites were launched from Turkey to spread fake reports and photographs striking the deal.

Many critics and authorities invalidated the charges made by these websites and social media accounts, which guaranteed that the compromise among Egypt and Greece to delineate the borders gave a positive sign to the Israeli gas pipeline, EastMed, to trade gas to Europe through the Greek island of Crete and Cyprus.

Qatar also faces many allegations of financing the radical and questionable organization’s activities in France. The noxious Qatari organization stretched out to Europe and engaged in financing around 140 projects that were worth 120 million euros.

However, critics contend that peaceful Islamist groups, while to a great extent working inside the boundaries of the law, proliferate a translation of Islam that drives a wedge among Muslims and non-Muslims, adding to polarization and hurting communal integration.

Europeans are worried about the developing influence of Islamist groups that look to push individuals from nearby Muslim communities to separate from standard society—generally through preaching yet additionally through different types of prevalent, adding social pressure, reminding events of discrimination, and resort to instructive, and social and alternative legal systems.

The debate on peaceful Islamism has usually fallen behind in comparison to that of the violent ideology. However at this point, all through Europe, the discussion over Islamism is happening with expanding transparency and subtlety. These worries are not new, but rather what is imperative is that they are not, at this point communicated only by those on the privilege side of the political spectrum.

Steps taken to control such organizations by European countries barely display a comprehensive approach. For instance, Macron’s policy covers a couple of points, such as its plans to end the teaching of languages by followers, and the appearance of disengaged imams sent from to another country, supplanting them with clerical heads trained in France.

President Macron also called for more tough analysis over the funding of religious or places of worship in his speech which was not coincidentally held in Mulhouse, the mosque being financed by Qatar has lately been in the public debate. Which indirectly through light in the nations that are widely supporting the Muslim Brotherhood and also financing them.

Qatar pulled up over “inappropriate treatment” of women passengers