The Lebanon central bank’s plan to control the plunging pound against dollar seemed to have fallen flat and doing quiet the opposite, boosting the country’s black market. About a week ago, due to rising violent protests in the country, the central bank decided to inject fresh dollars in the economy, though it did not give out any information regarding the details of the injection plan. The Lebanese pound, which had maintained a fixed exchange rate of 1,500 to the dollar for nearly 30 years, for the first time in decades fell at theexchange rate of  3,940 pounds to a dollar. After a week, things got slightly better but of not much good asat present the official exchange of Lebanese pound is about 3200 per dollar but in black market, the rate has skyrocketed to 5,200 Lebanese pounds per dollar.

With the government’s yet another failed monetary policy, the money instead of going into the people’s pocket has been getting accumulated with the third party, money-changers. After the country hit its worst exchange rate in years, analyst believed there could be an upward movement from now on, but the current scenario is getting scarier, people angrier and protests more violent. Devaluation of Lebanese pound at frequent intervals has pushed the country into its worst economic crisis in decades. So far, the Lebanese pound has lost 70% of its value since October when the protests first began.

Read More: A new wave of protests against the government in Lebanon

With the basic necessities becoming unaffordably expensive, people of Lebanon fear of suffering from the pandemic of hunger and poverty rather than COVID-19. Now the country has been witnessing scenes of hundreds of people queuing outside money-exchange shops with identity cards (of relative or family members) to buy US dollars in their names and sell them later on the black market.

Samer Al-Husseini, a resident of Chtaura in the Bekaa valley, who spoke to Arab News, said that he went to a money-changer for US dollars to pay the tuition fee of his daughter who is studying abroad.He said: “Some citizens were buying US dollars from the money-changers at the set exchange rate of 3,900 Lebanese pounds for $1 and selling it later on the black market. Other people who were piling the dollars at home started selling them in the black market and then buying dollars from licensed money-changers at a lower exchange rate.”

In order to control the exchange rate, Lebanese government could consider generating demand for its own currency rather than infusing dollars in the market as it would only lead to hoarding of dollars among people. Many analysts suggested the government to focus on boosting its exports in order to rebuild the economy. 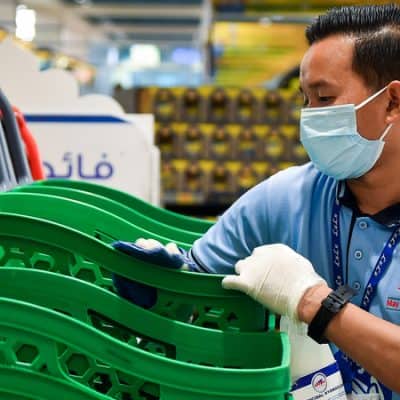