The arrest of KhairySaadhallah, a Libyan asylum seeker 25-years-old, in connection with the triple murder in Reading will again cast a spotlight on Britain’s complex relationship with Islamist militants.The British newspaper “The Times” published today a warning report on British containment of Libyan Islamists, which poses a threat to the security of the UK and entire Europe.

The British security authorities have veered between allowing hardliners to shelter in the UK, when Colonel Gaddafi was persecuting opposition groups, to brutal clampdowns as Tony Blair’s government negotiated with the dictator during the so-called war on terror.

Salman Abedi is the one who, on the evening of 22 May 2017, hid a homemade bomb in front of the ticket office of the Manchester Arena, hosting the Ariana Grande concert. The explosion killed 22 people, including seven children. A year and two months after the massacre, we discovered that Salman Abedi himself had been saved in Tripoli by the Royal Navy.Yes, that’s right, in 2014, the attacker and his brother Hashem were rescued from the unrest in the capital Tripoli, by the HMS Enterprise, together with a hundred British citizens. Salman, who was only 19 years old at the time, was brought along with everyone else to the UK, via Malta.

Salman’s father,Ramadan Abedi, 52, was born in Libya on December 24, 1965, he was an internal services agent under Colonel Muammar Gaddafi, until in 1992 he was accused of flirting with the Muslim Brotherhood and other extremist strands, taking refuge in England. According to intelligence sources of the former Jamahiriya, Abedi had for years joined the Libyan Islamic Fighting Group, which aimed to overthrow the Rays to establish an Islamic government based on Sharia law.

Abedi father was arrested in Libya with his youngest son, Hashem Abedi, in the wake of the 2017 bombing. While Hashem was successfully extradited to Britain for trial, the father of the bomber was released by the Special Deterrence Force, an Islamist militia affiliated to the Minister of Interior of the Tripoli government. Hashem, 22, was found guilty for helping his older brother, Salman, to kill 22 people and injure hundreds of others.According to the Daily Mail, Ramadan Abedi, is now receiving medical treatment in Turkey, paid by the Libyan Government of National Accord (GNA).

During a recent interview, conducted by the Middle East Eye, the British Foreign Minister for the Middle East, Alister James, revealed that “during the Libyan conflict in 2011, the British government was in communication with a wide range of Libyans involved in the conflict against the forces of Gaddafi. This was likely to include former members of the Libyan Islamic Fighting Group and the Martyrs Brigade on February 17.”The MP also explained the existence of a link between some of these subjects and Salman al-Obeidi.

In 2000, police raided the Manchester home of Anas al-Libi, a high-ranking LIFG figure who died in custody in the US in 2013, finding a copy of al-Qaeda’s manual in the apartment. Abedi has posted on his Facebook account, unused since 2013, an image of al-Libi described as “a lion”. On the same page, the Manchester bomber posted a photo of him with a machine gun in his hand with the words “lion in training”.DespiteAbu Anas al-Libiwas suspected of involvement in the 1998 bombings of the United States embassies in Nairobi and Dar es Salaam, in which 224 people were killed, he managed to obtain asylum in Britain.

Abedi father returned to Libya in 2011, with the approval of the British government, joining the ranks of the LIFG of Abdel Hakim Belhadj, the Group of Libyan Islamic fighters, a terrorist organization founded in the 1980s by the Libyan mujahideen veterans of the war between the Soviet Union and Afghanistan and inserted by the United Nations Security Council, starting from October 6, 2001, between organizations linked to Al Qaeda, Osama bin Laden and the Taliban.

Abdel Hakim Belhadj was imprisoned by Muammar Gaddafi in Abu Salim prisons after the British CIA and MI6 took him to Tripoli in March 2004. Belhaj was released in 2010 as part of a de-radicalization process supported by Saif al -Islam Gaddafi who, together with the chief of intelligence Senussi and his friend Mohamed Ibrahim, had begun talks with the Muslim Brotherhood, allies of Belhadj in Turkey and Qatar.

On May 10, 2018, Belhadj received an apology from the British government for arresting him with his wife and handing him over to the Rais security services, although his close relationships with al-Qaeda leaders and the head of the Taliban, mullah Omar, were known. In the 1980s, this brilliant subject left engineering studies in Tripoli and joined Bin Laden in Afghanistan, fighting alongside the Soviets; in the early 1990s, he followed him to Sudan while some of his men settled in the United Kingdom, in Manchester.

Belhadj continues to maintain the support of many members of the capital’s armed groups, officially affiliated to the GNA, to whom LIFG veterans have found ways in the past to bring weapons directly from Turkey. He is officially leading the al-Watan party, or Homeland party, with Ali al-Sallabi, an authoritative Salafist religious who also has strong ties withYusuf al-Qaradawi, spiritual leader of the International Muslim Brotherhood. Belhadj is also linked toMahdi Harati, founder of the Nation Brigade in Syria, better known as Jabhat Al-Nusra. Belhadj resides in Turkey today, where he can count on the support of media and reading channels.As he said, the job requires him constant movements that would not be possible from Libya.

Also, Mohammad AmmariZayed, a member of the GNA’s Presidential Council and Minister of Education, has lived in Britain for years, while supporting another terror organization: the Benghazi Revolutionaries Shura Council. Libyans are still wondering how an extremist can decide their children’s school curricula. Despite his rule, Ammari recently released interviews with several international Muslim Brotherhood media outlets refusing any ceasefire and calling for the destruction of the Libyan Army.

All of this explains why the British people continue to demand their government to stop supporting the GNA in Libya. The involvement with terrorism of several of its members is evident. This puts the lives of millions of Europeans and in particular of British citizens at direct risk.The United Kingdom should protect the life and interests of its fellow citizens, bringing all these characters resident on its territory to justice, freezing their bank accounts and ending any collaboration with the GNA and its armed gangs. 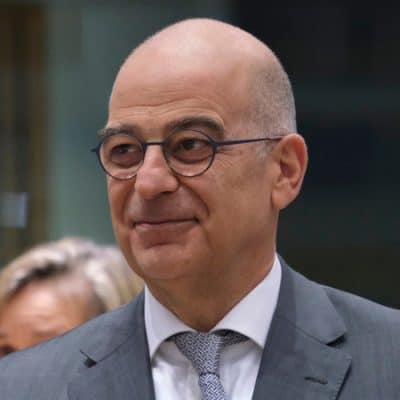