Temporary calm returned to some parts of Yemen on Wednesday as the officially recognized government of Yemen based in Sana’a and the separatist Southern Transitional Council (STC) called a truce under the watchful eyes of monitors from the Saudi military officers. Two groups of officers met the Saudi-UAE-coalition- backed government and the Iran-backed council forces, with the latter’s military commanders expressing willingness to comply by the ceasefire rules.

With this, the intense fighting of the past few weeks in the coastal province Abyan will cease and roads will be opened for stranded travelers. The Yemeni government has been on an offensive here since May in order to oust the Aden-based Houthis. Amidst this, the supply of medical equipment, especially coronavirus testing kits, has been severely affected, according to health officials based there. Meanwhile, fighting continues elsewhere; like in the Al-Bayda region where Saudi warplanes attacked Houthi installations and separatists attempted to recapture strategic locations from government forces.

The United Nations Special Envoy to Yemen, Martin Griffiths, condemned this escalation of hostilities saying it went against the spirit of the ongoing negotiations being led by the UN. He said there was no excuse for such escalations as it hurt the hopes of Yemeni men and women and made their daily lives even more difficult. He called upon both the government and the STC to cease hostilities and sit down to implement the Riyadh Agreement urgently.

Already a Yemeni delegation which includes members of parliament and advisors to the internationally-recognized president of Yemen, Abdrabbuh Mansur Hadi have arrived in Riyadh according to some television reports. They will be holding meetings to discuss the implementation of the agreement. 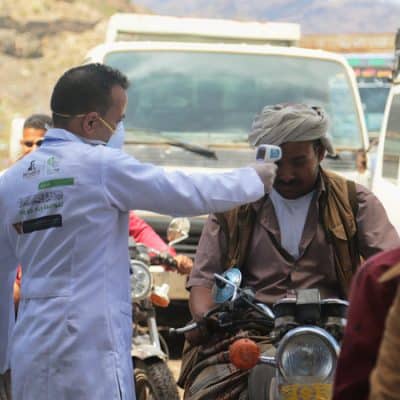 Turkey: We will continue our offensive in Idlib if the ceasefire is violated.