Iran has sentenced to death a journalist whose online work helped inspire the 2017 economic protests and who returned from exile to Tehran. Ruhollah Zam’s website and a channel he created on the popular messaging app Telegram had spread the timings of the protests and embarrassing information about officials that directly challenged Iran’s Shiite theocracy. Those demonstrations represented the biggest challenge to Iran since the 2009 Green Movement protests and set the stage for similar mass unrest last November.

The details of his arrest still remain unclear, reports the Associated Press. Zam, usually based in Paris, have been arrested by intelligence officials when he returned to Iran. Iranian regime recently released a series of a televised confessions over his work.Judiciary spokesman Gholamhossein Esmaili announced Zam’s death sentence on Tuesday, with the accuse of “corruption on Earth,” a charge often used in cases involving espionage or attempts to overthrow Iran’s regime. Local media affirm that Zamcan appeal his sentence, issued by a Revolutionary Court.

Zam had run a website called AmadNews that posted embarrassing videos and information about Iranian officials. He highlighted his work on a channel on Telegram, the secure messaging app that remains incredibly popular among Iranians.The initial spark for the 2017 protests was a sudden jump in food prices. Many believe that hard-line opponents of Iranian President Hassan Rouhani instigated the first demonstrations in the conservative city of Mashhad in eastern Iran, trying to direct public anger at the president. But as protests spread from town to town, the backlash turned against the entire ruling class.

Soon, cries directly challenging Rouhani and even Supreme Leader Ayatollah Ali Khamenei could be heard in online videos shared by Zam. Zam’s channel also shared times and organizational details for the protests as well.Telegram shut down the channel over Iranian government complaints it spread information about how to make gasoline bombs. The channel later continued under a different name. Zam, who has said he fled Iran after being falsely accused of working with foreign intelligence services, denied inciting violence on Telegram at the time.The 2017 protests reportedly saw some 5,000 people detained and 25 killed. 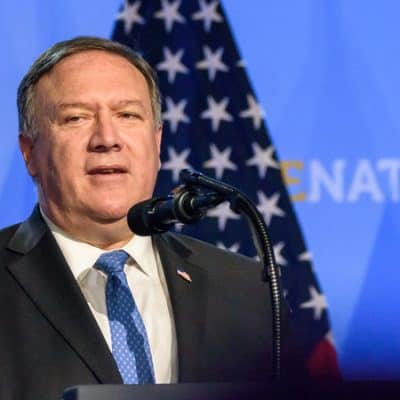