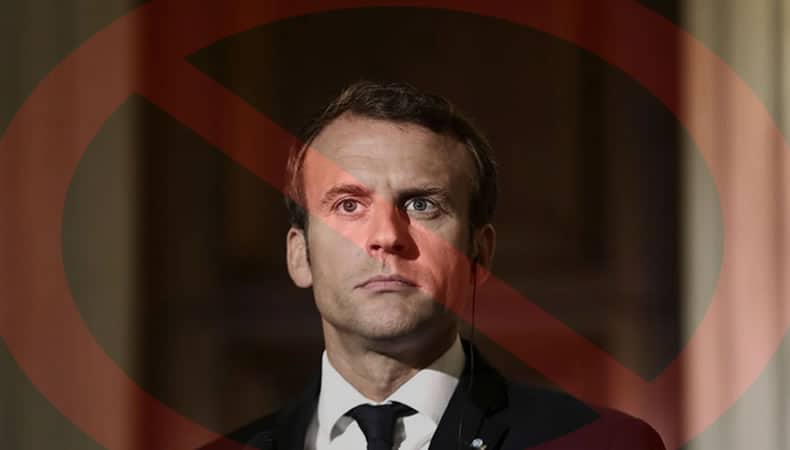 Turkey and Qatar, the logistical headquarters of the dangerous terrorist group of the Muslim Brotherhood, have declared war on France. The Islamist group, which acts under the umbrella of a fake political legitimacy, has not digested the Elysée response to the wave of terror in its territory. French President Emmanuel Macron intervened by closing four mosques and an Islamic center in the center of Paris after the recent terrorist attacks in the country.

In particular, French authorities seized dozens of mosques and Islamic centers three days after a teacher has been beheaded in front of his school. After fomenting hate speech on social networks, inciting Muslims to hit the French, Qatari media launched a new campaign targeting Arab countries under the slogan #Boycott_French_Products.

Muslim Brotherhood affiliated news agencies and social media accounts published hundreds of photos containing French trademarks calling on Muslim communities worldwide to boycott them. A campaign that once again demonstrates the hypocrisy and falsity of the most dangerous political movement in history, and above all of the Qatari royal family that finances this hybrid war.

While Doha invests $ 30 million a year in France, it is calling on Arab countries to boycott French products.The aim behind this strategy is to harm the French economy in order to be able to acquire large shares of hotels and the most important tourist areas such as the Champs Elysees.

Qatar and Turkey, in their current alliance, especially in Libya, make France an enemy. The two countries aim to hit the heart of France directly, on the one hand by fomenting the hatred of radical Muslims residing in French territory, and from today destabilizing its internal and economic policy. Through its infiltrators into European institutions, the Muslim Brotherhood is able to know the weaknesses of the Elysée and to wreak violent revenge for Macron’s recent decisions.

Qatar is working day and night to pressure Paris to stop its repression campaign against Islamists and it is determined to continue its radicalization activities in France. In fact, most of the mosques and religious centers in France are build, run and financed by the Muslim Brotherhood with Qatari government money. Qatar is also exploiting the size of its investments as a price for the French government’s silence about these Islamic centers.

The campaign began when Emmanuel Macron took stricter measures against the group, closing religious centers and events sponsored by Qatar and its affiliated NGOs. Doha is present in Paris with schools, events and mosques that it uses to promote radical Islam, as well as to spread anti-Semitic speeches, organize and finance terrorist attacks in Europe and the Middle East.