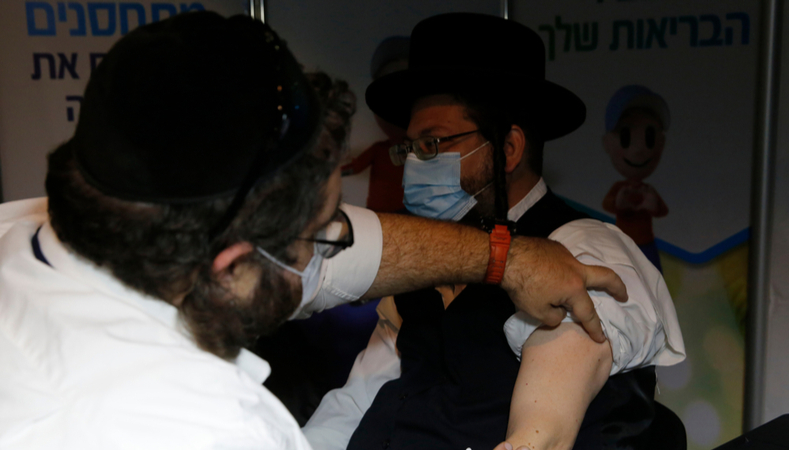 In Israel, the decision to administer the third dose of the Covid-19 vaccine was not easy, as Israeli Prime Minister Naftali Bennett stated. For about a week, the numbers of infections from Sars-CoV-2 have been on the rise. According to the data available, there are around 2,000 cases per day. The incidence worries more the Israeli authorities: although 85% of the population has been vaccinated, the Covid-19 contagions per million people are higher than in other European countries with an average of 60% of the vaccinated population.

In the presence of Premier Bennett, the head of state Isaac Herzog and his wife Michal were among the first volunteers in the campaign for the administration of the third dose of Pfizer vaccine in Israel. The decision, announced by Prime Minister Naftali Bennett, came after weeks of discussion among experts: Israel will be the first nation in the world to proceed with the recall, although there is still no FDA approval.

Polls indicate that Israelis are confident in the choice. For example, 72% said they would undergo the third injection. In addition, about 4,000 immunosuppressed people have received the booster in the last few weeks without reporting any side effects. Although someone has hypothesized that the decline in efficacy may be because a large part of the elderly population is immune, many experts have pointed out that since these are raw data, it is necessary to be very careful.

In Israel, 58% of hospitalized people are immune, but that does not mean that the vaccine is ineffective. That is an expected and well-known paradox. According to the Ministry of Health, 143 Israelis are hospitalized with coronavirus. 58% fully vaccinated, 3% only partially, and the remaining 39% unvaccinated. Inoculated adults are 85% of the total, and therefore that 58% must be referred to an enormously wider audience of people.

Nor should it be overlooked that the highest percentage of immunized people is registered precisely among the population groups that are most at risk of hospitalization. Of the 64 seriously ill patients admitted to hospitals, 17 are in critical conditions, of which 12 are subjected to invasive ventilation.

And of these 12, only three were vaccinated. The fact remains that the attention towards the new variant remains high, and for some weeks, further restrictions have come into force to contain the increase in infections. Only those who are fully vaccinated, recovered from Covid-19, or have had a negative swab will be able to join in events with more than 100 people indoors. The obligation to wear masks indoors, lifted in June, is back in effect. In addition, authorities introduced up to 260 euros fines for those who participate in events, 2,600 euros for those who organize them.

Israel launches airstrikes on Lebanon in response to rocket attacks