After Trump, it’s Bolsonaro who threatens exiting WHO over rising Covid deaths

On Friday, Brazilian president Jair Bolsonaro threatened to leave the World Health Organisation over rampantly increasing count of coronavirus cases, which has even surpassed Italy. Brazilian president threatened to pull out of the UN agency after it pressurised the country head to abide Covid-19 curb measures like isolation, lockdown , social distancing and advised against opening the economy.

Bolsonaro, who makes it to the headlines usually due to his unpopular policies and infamous statements, believes that economic cost of the lockdown outweighs public health risks. As per the worldometers count, Brazil is the second worst hit nation after US with the highest number of corona positive cases.

The Brazilian daily, Folha de S.Paulo’s front page highlightedhowthe infection count shot up in 100 days to “killing a Brazilian per minute” since Bolsonaro described the virus as “a little flu.” The newspaper said, “While you were reading this, another Brazilian died from the coronavirus,”.

Bolsonaro’s adamant belief in uselessness of lockdown and social distancing as precautionary measures to curtain the contagion’s spread has costed the nation resignation of two health ministers in a row.

When asked about the Brazil’s relaxed attitude towards social distancing norms and quick lifting of the lockdown, WHO spokeswoman Margret Harris said, “The epidemic, the outbreak, in Latin America is deeply, deeply concerning.” She told a news conference in Geneva thatamong the six key criteria for easing quarantines, “one of them is ideally having your transmission declining.”

Later on Friday, Bolsonaro told journalists that Brazil wouldexit the WHO if it did not stopbeing a “partisan political organization.”

Criticising Bolsonaro’s mismanagement of the pandemic outbreak in the Latin American country, Drauzio Varella told the Guardian, “I think history will ascribe to him a level of guilt that I really wouldn’t want for myself.” Varella, an oncologist, author and broadcaster who is known for decades of public health activism, said, “Our country had the time to prepare for the epidemic and didn’t prepare – and, when the epidemic did arrive, although some measures that could have had an impact in terms of isolation were adopted … this was torpedoed by the federal government.” Bolsonaro seems to have been following the footsteps of his ideological twin, US president Donald Trump, who last month announced his plans of pulling US out of WHO, over the organisation’s handling of the pandemic. Earlier last month, Trump also announced suspending US funding to the UN agency and accused it of working as a China’s puppet, where the coronavirus first emerged. 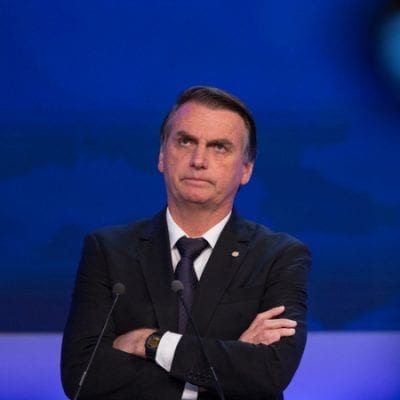