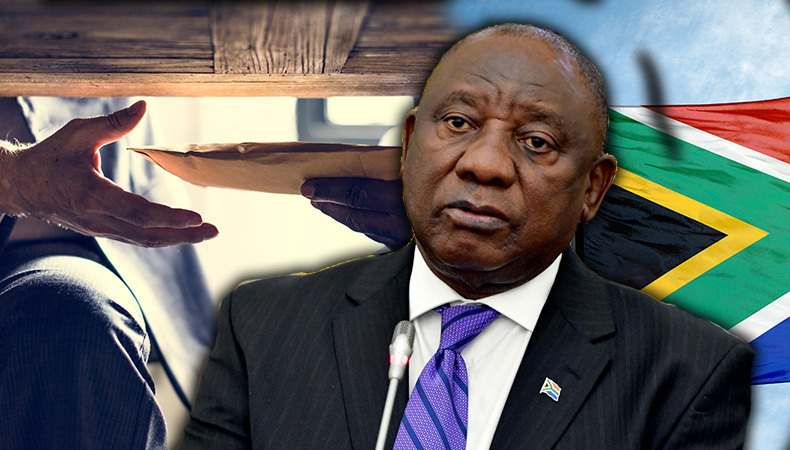 South Africa– For the current South Africa’s President Cyril Ramaphosa, everything isn’t seeming like rosy in the seat of power. As he was successful in replacing Jacob Zuma four years back to end a cycle of corruption, he has landed himself up in trouble of a scandal marring his own position as of now.

Dubbed as the ‘farmgate’, the controversy surrounds an alleged cover-up of a robbery that took place at his private farm, Phala Phala, back in February 2020. The timing of the incident coming to light couldn’t be worst as the scene is heating up for ANC to pick its presidential candidate.

Earlier, when asked Ramaphosa refused to answer any questions related to the scandal. But when threatened with a subpoena the country’s top anti-corruption official, known as the Public Protector, Kholeka Gcaleka, he spilled the beans.

The robbery and the alleged aftermath were first brought to light in June 2022 by Arthur Fraser, the country’s former head of the State Security Agency. The ex-spy chief, who is a close ally of Zuma, accused the president of kidnapping, bribery and acting unlawfully by allegedly authorising the pursuit of suspects who stole an estimated $4m (£3.2m) from his farm.

Mr Fraser further alleged that such a large amount of money, which was reportedly stuffed in cushions, could have been the proceeds from money laundering and corruption. The theft was allegedly committed by Namibian nationals who conspired with a domestic worker on the farm.

In a speech two weeks ago, Mr. Ramaphosa said he had “pledged his full co-operation to the investigation” and he was happy to be held accountable. In a veiled declaration of an internal war within the ANC, the president also said he “would not allow the [corruption] allegations to deter me from what needs to be done to rebuild our economy, and to deter me and discourage me from the work I have to do”. Mr Ramaphosa was cheered on by his supporters.

According to ANC rules, anyone charged with corruption or other crimes must step down while investigations take place. Even though the president has not been formally charged with any crimes, supporters of Zuma want him to resign.

‘Laodicea Was Looted’ Claims Ukraine As It Reaches Lebanon Port