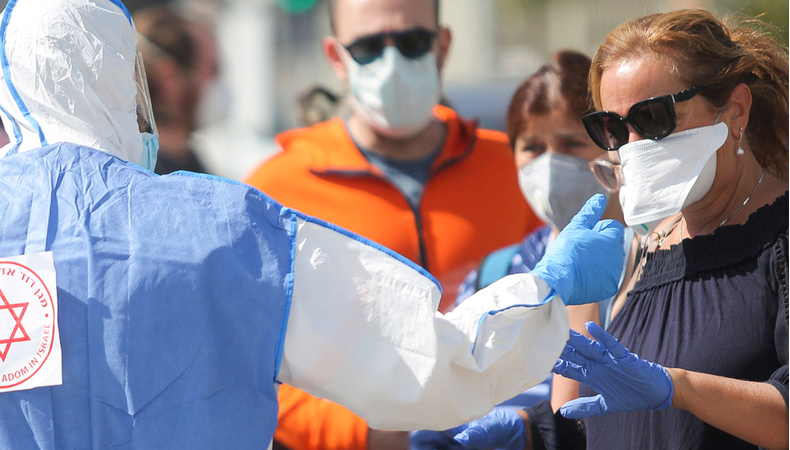 Israel begins trials of the oral vaccine against coronavirus. It will be the first country in the world to test such an anti-COVID-19 drug. Oramed Pharmaceuticals develops the preparation. Clinical trials will occur at Tel Aviv’s Sourasky Medical Center after the pharmaceutical company has received study protocol approval from the hospital’s Institutional Review Board.

However, a document is still missing. It is the approval of the Ministry of Health, which, however, should arrive within a few weeks. Oramed is a pharmaceutical company that uses technology developed by the Hadassah-University Medical Center in Jerusalem. The idea of a new oral vaccine was announced in March by a joint venture with India-based Premas Biotech that formed Oravax. The vaccine bases on Oramed’s “POD” oral delivery technology and Premas vaccine technology.

Doctors can use Oramed’s technology to deliver various protein-based therapies, otherwise administered by injection orally. For example, Oramed is in the midst of a Phase III clinical trial through the US Food and Drug Administration of an oral insulin capsule for type 1 and 2 diabetes. In addition, Premas has been working on developing a vaccine against the new coronavirus since March.

Kidron told the new Oravax vaccine candidate targets three structural proteins of the novel coronavirus instead of the single-tip protein targeted by the current Moderna and Pfizer vaccines. Therefore, “this vaccine should be much more resistant to COVID-19 variants,” he said. “Even if the virus crosses one line, there is a second line, and if it crosses the second, there is a third.” The vaccine is being tested in preclinical studies against COVID-19 variants, including Delta.

“An oral COVID-19 vaccine would remove several barriers to rapid and large-scale distribution, potentially allowing people to take the vaccine on their own at home,” he told the Post. “While ease of administration is critical today to accelerate inoculation rates, an oral vaccine could become even more valuable if a COVID-19 vaccine can be recommended every year as the standard flu vaccine.” In addition, Kidron said the benefits of an oral vaccine go beyond safety and efficacy because oral medications tend to have fewer side effects.

The vaccine can be shipped at refrigerator temperature and even stored at room temperature, “making it logistically easier to get it anywhere in the world,” she added. Finally, an oral vaccine would not require professional administration. The Phase I / II study is expected to last approximately six weeks from the time of recruitment. Kidron said he plans to put the vaccine on a fast track to get approval for emergency use in countries that need it most if the trial is successful. Such as those in South America who haven’t acquired enough vaccines to inoculate their populations.

The company will hold its Phase III trial with a limited number of volunteers and seek first approval in one of these “emerging markets,” Kidron said, and only then seek US Food and Drug Administration clearance. “Israel, the United States, and some of the other wealthier countries were the first to have Pfizer and Moderna,” she said. “But it seems to me that the people behind the race will take over by being the first to receive the oral vaccine.”