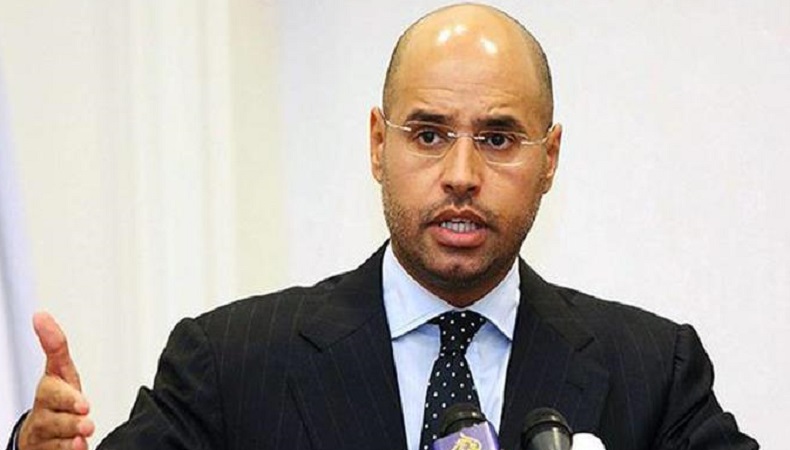 The appointment of December 24 for the presidential and parliamentary elections seems far away in Libya. Nevertheless, everything is moving in that direction amid a thousand difficulties, starting from the lack of an electoral law that is still being negotiated.

In the last few hours, news reports directly to the battle between the various candidates and political groups in the country: the Libyan military prosecutor has issued an arrest warrant for Saif al Islam Gaddafi, the son of the Colonel. Since the 2011 revolution, the latter was first under arrest in Zintan, and then de facto was freed by the militia that held him in custody. Saif gave a lengthy interview to the New York Times two weeks ago, the first since the Zintan militiamen captured him in the country’s south in November 2011.

Saif, who still has a strong following in Libya, openly said he was ready to return: “I have been away from the Libyan people for ten years. I have to come back slowly, slowly like in a striptease …”. He was the designated heir of Colonel Gaddafi: legally is still wanted by the International Criminal Court, but in Libya, he is now considered the expression of a still relevant tribal and political group, perfectly capable of running in the elections.

“The men who were my guards are now my friends,” Saif told the Times, adding that he believes that his political movement could help regain the lost unity of the country: “They raped Libya, he is on his knees, there is no it’s money, no security. There is no life here. Go to the gas station: there is no diesel, there is no gasoline. We export oil and gas to Italy, and we have blackouts here. So it is more than a failure. Total disaster “. A “populist” message against the disorder brought by the revolution, which has a stronghold in Libya, a country that is experiencing a dramatic political, economic, and health crisis ten years after the overthrow of the Colonel.

Many observers of Libyan affairs believe that the move by the Libyan military prosecutor was dictated by the political ambitions that more than any other fear a Gaddafi’s return to politics. According to our sources, the military prosecutor is close to the “Nawasi” brigade, one of the formations that have taken control of Tripoli in recent years. While the “civil” attorney general had opened an investigation into Saif, not finding any charges against him before the court.

However, many other political leaders fear Saif al Islam: the first are the leaders of Cyrenaica close to General Khalifa Haftar (who would like to nominate his son Saddam) and to the Speaker of the House of Representatives Aguila Saleh. The latter made it clear that “the accused at the International Criminal Court cannot run for the presidency.” But he referred to the open procedure for crimes against humanity at the UN Tribunal, while at the moment, there were no proceedings in a Libyan court.

In the East, the Gaddafi has remained very strong because the Gadadfa tribe is very present from Sirte to Benghazi. But politically, that region believes it has undergone a revolution led by militias and political leaders from Tripoli and Misrata. That is why characters like Haftar and Saleh fear the rivalry of Saif Gaddafi, capable of fishing in their pool of consensus.

The son of the former Libyan leader had built a very welcome political profile even in the West. Saif received a Masters’s in Political Science from the London School of Economics in 2008. His father entrusted him with a series of international mediations in which he had proven to be a reliable and credible negotiator.