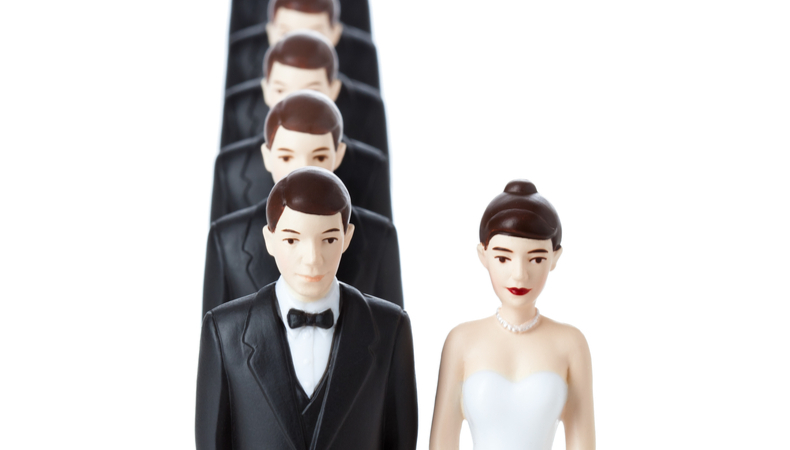 South Africa admits polygamy, under certain conditions. So why not legalize polyandry, that is, the possibility for women to have more husbands? Because it would be un-African, argues the grotesque Musa Mseleku, a businessman and TV commentator, who has four wives.According to Mseleku, star of a South African reality show about his polygamous family, polyandry will destroy African culture. For this character, the woman cannot assume the role of the man. “Will the man have to take her surname?” He asked, speaking to the local tv.

To Mseleku, it seems unacceptable the risk that the woman might have to pay the lobola, the traditional bride price, a sort of dowry on the contrary that in the South African tradition, the future husband pays to the future wife’s family.In other words, those most scandalized by the idea of polyandry are the polygamists. But the proposal is still being evaluated by the government of Cyril Ramaphosa, on the initiative of the Department of Internal Affairs: the local press wrote about it, starting a heated debate.

According to a “Green Paper” developed by government officials, the current legislation has aspects of discrimination and does not protect equal rights for different genders. The same document also includes the proposal to recognize Hindu, Jewish, Muslim, and Rastafarian marriages.

South Africa has one of the most liberal constitutions across the world, embracing same-sex marriage for all and polygamy for men. Former President Jacob Zuma, for example, has four wives. But the limit is a matter of control, say the specialists: “African societies are not ready for true equality,” Professor Collis Machoko, considered an expert on the subject, commented with the BBC: “We do not know what to do with women who are not we can check.”

The proposal to legalize polyandry was also condemned by the religious parties in the Parliament. Reverend Kenneth Meshoe, leader of the African Christian Democratic Party, is confident that this practice “will destroy society.” Ganief Hendricks, leader of the Islamic party Al-Jamah, said: “One can imagine that when a child is born, we will need more DNA tests to find out who the father is.”

Most of the Hindu and Christian religious denominations prohibit Polyandry. It is also not legally recognized in most states, including those that allow polygyny. Even in cultures where it has been in vogue, it is and has been extremely rare, and only in particular and limited circumstances. In these polyandry cultures, husbands were almost always from the same family. The particular form of polyandry in which a woman is married to two or more siblings is known as fraternal polyandry and is believed by many anthropologists to be the most frequently detected form.