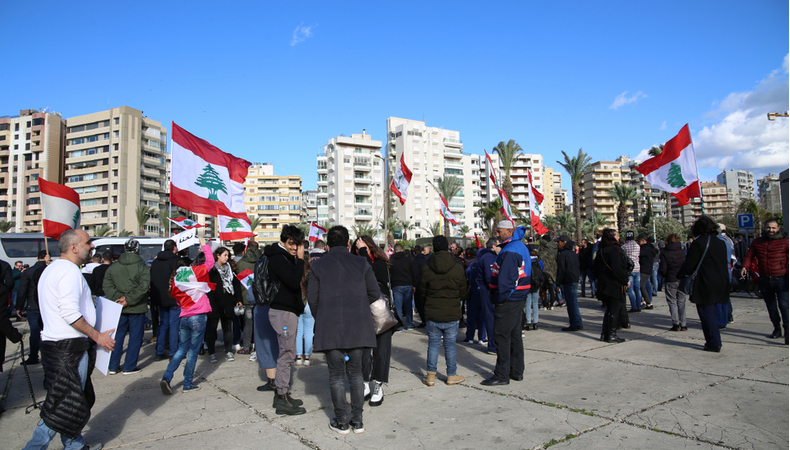 Citizens of Lebanon blocked multiple roads in different parts of the country in protest against the decision to lift fuel subsidies and the continued deterioration of their living conditions. It is reported that the Lebanese cut off the Beddawi International Road in northern Lebanon in both directions near the Akuma gas station, and placed cars and stones in the middle of the road. Moreover, people who were travelling from Tripoli towards Minieh and Akkar and vice versa were forced to take secondary roads.

Protesters also blocked the road linking Tripoli with Akkar with cars, iron obstacles and stones, and others worked to cut off the Masnaa Rashaya road at the Dar Al Hanan point. Even in the south of the state, protesters blocked the Al-Hilaliya road, which leads to Abra and the east of Sidon, with cars, while angry protesters and drivers cut off the road of Maksar al-Abed and the Marjan roundabout in the city.

Marwan Fayyad, who is the head of the Federation of Drivers and Transport Workers Syndicates in Lebanon stated that the union’s refusal to cancel fuel subsidies, “because it is a basic economic commodity and will have negative effects on the ability of people with limited income. The protesters denounce both a bill seen as a way to protect elected officials in the face of the investigation into the explosion in the port of Beirut, as well as a decision by the Lebanese Central Bank to reduce its fuel subsidies.

On analysing the situation, Violette Balaa, who is an economic analyst mentioned that the decision to subsidize things was a temporary measure that may have helped citizens to pass a difficult stage, but the measures must now be radical. There should be a rescue government that carries out reforms and shows credibility to the international community.