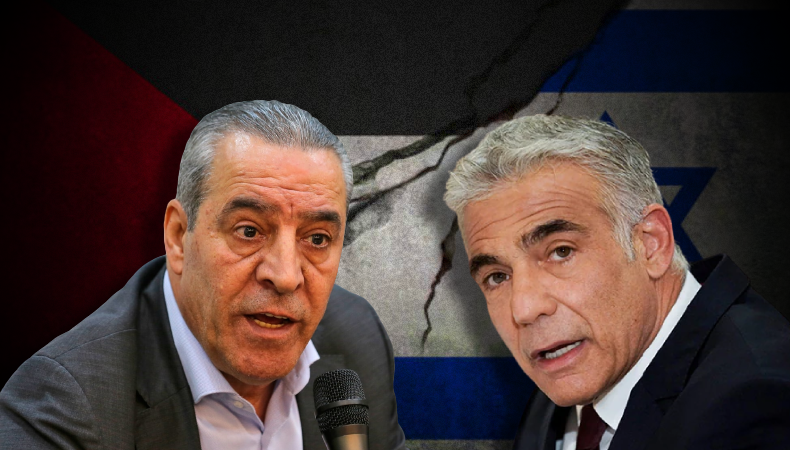 Palestine–Sunday evening marked a rare sighting – a meeting between Israel top diplomat and Palestinian minister. An official meeting ensued between Israel’s Foreign Minister Yasir Lapid and Civil Affairs Minister of Palestine Hussein Al Sheikh on Sunday evening. “I met this evening with Israeli Foreign Minister Yair Lapid and we discussed several political and bilateral issues,” Palestinian minister Hussein Al Sheikh said on Twitter. Without revealing the exact location where meeting was held, the minister said, “I have highlighted the need for a political horizon between the two parties based on international legitimacy.”

This meeting marks the first official encounter between Israel’s current foreign minister and a senior official of Palestine administration. Israel’s Lapid hasn’t commented yet on the meeting, but hasn’t denied of it either.

In December, Benny Gantz, the Israeli defense minister had held talks with Mahmoud Abbas on first official visit of Palestinian President to Israel since 2010. That was the time when Defense Ministry of Israel had announced of “confidence building measures” with the PA (Palestinian Authority). These measures constituted a $32 million advance payment to the Palestinian Authority in taxes that have been collected on its behalf by Israel, and the conferring 600 extra permits to permit Palestinian businessmen to cross into Israel. The Israeli Defense Ministry also announced the regularisation of 6,000 additional Palestinians living in the occupied West Bank, that has been under occupation of Israel since the Six-Day War of 1967.

The meeting between Gantz and Abbas had been welcomed by Hussein Al Sheikh when he underlined that it has been “a serious and courageous effort towards a political solution”. In June, after coalition government was formed in Israel led by Naftali Bennett, Gantz visited PA headquarters in Ramallah city in occupied West Bank for talks with Abbas. This was the first official meeting in years of such high level.