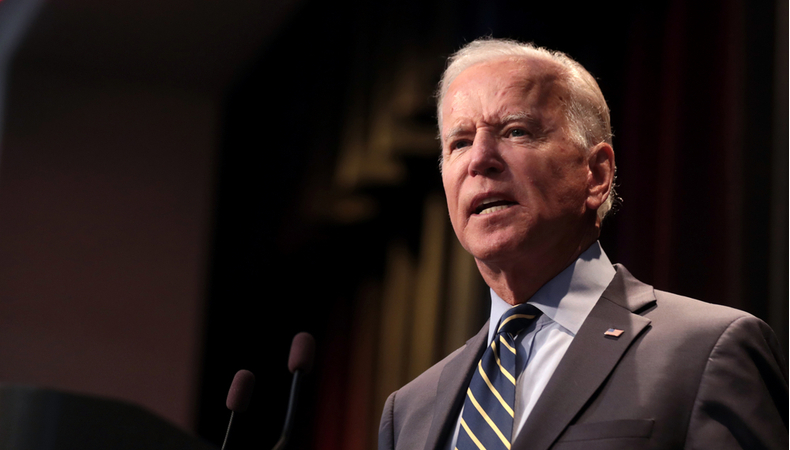 In the Middle East, Biden flexes his muscles to avert the worst. In recent days, US military forces have conducted defensive precision airstrikes against structures used by pro-Iranian militias in the region on the border between Iraq and Syria.

According to reports from the Pentagon, the United States hit weapons plants in two locations in Syria and one in Iraq, used by pro-Iranian militias, including Hezbollah. Israel’s most authoritative foreign policy analyst, and Haaretz’s historical signature, Zvi Bar’el, believes that Joe Biden’s envoys were negotiating with the Iranians the US return to the international nuclear deal even before he was sworn in. A hypothesis denied by Iran and never confirmed by Washington.

After Biden’s inauguration, the Iranian nuclear issue becomes the main issue that worries the world, especially Israel and the Arab countries. Biden is taking the Iranian elephant to the White House. He has declared his intention to bring the United States back into the nuclear deal, from which President Donald Trump had withdrawn. The new president has made this the main axis of his anticipated foreign policy and has made it his most conclusive test.

Trump lacked any policy or strategy. For that, the countries of the region, and not just them, to fear every tweet or whim of him and made them unable to rely on a stable American policy on which to build their policies or alliances.

As a result, many Arab countries have sought alternative or additional alliances to ensure their survival, to prevent Trump’s new tweet from bringing another disaster upon them. For example, Saudi Arabia has made Russia one of its trading partners, with the option of providing nuclear reactors. And the United States has been absent from the war in Libya, leaving a lot of room for maneuver for Russia, Turkey, Egypt, and Qatar. Egypt has signed an agreement to purchase advanced Russian aircraft. In practice, Syria is under Russian control, and the alliance between Turkey and Russia is much stronger than that between Turkey and the United States.

Trump’s close relationship with Turkish President Recep Tayyip Erdogan was not enough to thwart Turkey’s purchase of anti-aircraft missiles from Russia. Trump’s embrace of Saudi Crown Prince Mohammed bin Salman did not turn the Saudi royal, held directly responsible for the murder of journalist Jamal Khashoggi, into a friend of the United States. Iraq, where the United States has invested trillions of dollars since the second Gulf War, considers America undesirable, and the Iraqi parliament has demanded that the Americans leave Iraqi territory.

The Kurds, America’s vital allies in the war against the Islamic State, faced an existential dilemma when Trump announced his intention to withdraw US forces from Syria. It was based on a doctrine that sought to bring American troops home, particularly from a place he described as nothing more than ‘sand and death.’ But then it occurred to Trump that a doctrine that doesn’t base on the reality on the ground would fail, and the American forces remained there.

Biden is given a demoralizing dossier on the Middle East, in which there is more destruction than construction. But in some respects, he won’t be able or may not want to build the foundation for what Trump has laid. It is doubtful that Biden could reverse the recognition of Jerusalem or move the embassy back to Tel Aviv.

Syria is a lost cause as far as the United States is concerned, and any plans to return to that front would mean a confrontation with Russia. Trump had proclaimed the Isis defeat to justify the American withdrawal from the area. Except that ISIS, as it was for al-Qaeda in Afghanistan after the American intervention, has reorganized its ranks and moved its center of gravity to Africa (Somalia, Mali, Niger, Nigeria …). All this leads to a conclusion: politics cannot be replaced by weapons but neither by an escape that smacks of surrender.