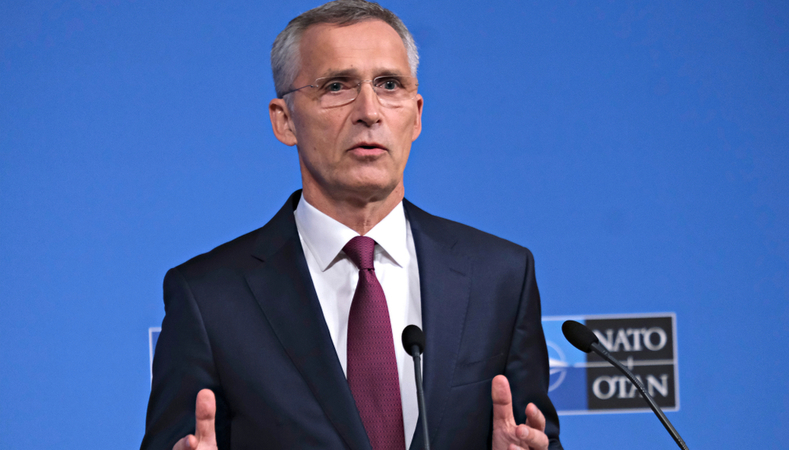 NATO secretary-general, Jens Stoltenberg, said that Daesh is on the ground but not yet out of action. The former Norwegian prime minister represented the North Atlantic political-military alliance in the meeting between foreign ministers of the international coalition that opposes the Islamic State, who met yesterday in Italy at the Rome Fair.

NATO’s commitment indicates how much the world has changed from one century to the next. The Alliance for which Stoltenberg is in charge was founded in 1949 by twelve countries. Up of 30 countries are members of the Coalition today. Most of them engaged in the anti-Daesh (Isis) joint operation room, along with over 80 nations.

NATO was born to safeguard the West from the Soviet threat. The only time so far that it has resorted to Article 5 of its founding treaty, according to which an attack on an ally must be considered aggression against all Member States was after the massacres committed on 11 September 2011 in the United States by the Islamic fundamentalists. And other threats from the East are also configured in different ways than before.

Stoltenberg explained that in Iraq and Syria, Daesh lost control of the territory. A great result to which NATO allies, the coalition born in 2014, and others have contributed. But Daesh is there. In Iraq and Syria, the group acts in hiding. In Africa and elsewhere, it tries to control areas. Daesh is on the ground but not out of the game yet. “So we must continue the effort to reduce its ability to organize activities and propaganda.” The NATO Secretary-General said in an interview with the Italian newspaper “Corriere Della Sera.”

Stoltenberg also revealed that last week, an Atlantic Alliance delegation visited Mauritania to intensify partnership, support special units and increase cooperation with the G5 Sahel. The G5 is a joint force established in 2017 to tackle the rise of terrorism in Burkina Faso, Chad, Mali, Mauritania, and Niger. Days ago, NATO signed an agreement to guarantee logistical support to the Takuba task force, a force formed in 2019 to assist Malian troops in coordination with others in the Sahel. The agreement concerns the supply of fuel, water, and services for the army.

The NATO Secretary-General also recalled the important message given at the June summit in Brussels. The Alliance has agreed on the 2030 Agenda, which plans to increase NATO’s training capabilities in Iraq, strengthen institutions, and support the fight against terrorism in the Middle East, North Africa, and the Sahel.