Russian Foreign Minister Sergey Lavrov considered the victory of Syrian President Bashar al-Assad in the Idlib governorate, the last stronghold of the opposition factions in Syria, as a victory against terrorism that is an imperative.

According to AFP, Lavrov stressed during the annual Munich conference on diplomatic and defense issues, that “the United States has announced the elimination of ISIS, but the monster has returned”.

For months, the Syrian government of Bashar al-Assad started a military operation with the support of the Russian Air Force in the Idlib Governorate, in north-western Syria, which became the headquarters for the extremist group “Al-Sham”, the formerly “Al-Nusra Front”, as well for other armed and rebel factions.

Turkey established 12 observation points in Idlib under the 2018 ceasefire and escalation agreement with Russia.

The bloody clashes between Turkish and Syrian forces have resulted in the death of 14 Turkish soldiers in recent weeks and have caused the exchange of accusations between Moscow and Ankara.

“We have excellent relationships, but that doesn’t mean we agree on everything,” Lavrov said in Munich, where he met his Turkish counterpart, Mevlev Cavusoglu.

Turkey is suspected to support terrorist groups in Syria and recently French president Emmanuel Macron publicly accused the Turkish president Recep Tayyip Erdogan to have moved thousands of terrorists from Idlib to the Libyan capital Tripoli.

Libya. Erdogan attacks Russia and the West while he’s sending terrorists to Europe

Iran under growing pressure as Canada, Ukraine, Britain, and others urge for the Ukraine jet black box

Why the conflict in Syria is still far from a solution 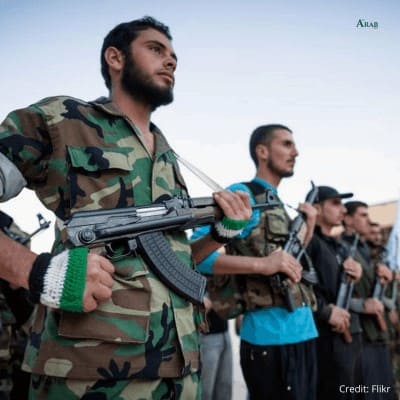