With backing of majority of MPs, Lebanon has appointed the former ambassador to Germany, Mustapha Adib as the new Prime Minister. French President Emmanuel Macron has thus urged Lebanon to form new government expeditiously. Macron’s mediation since the catastrophic Beirut blast and chaos in government in the country has led to the crucial appointment for the prime minister post.

Following the deadly blast in Beirut, the capital city of Lebanon on August 4, government had resigned. The blast at seaport of Beirut was caused by unsafe storage of tonnes of ammonium nitrate that killed over 200 people. Macron had arrived after the blast to offer condolences to the people of Lebanon. He made a second visit on Monday in Beirut.

During his stay it is believed that he will urge and push the leaders and politicians of Lebanon to tactfully tackle and work to eliminate the widespread corruption and financial chaos in the country. In a statement Macron has said that he urges the new government to be formed as early as possible. Mustapha Adib, the newly appointed Prime Minister of Lebanon has committed to the same. However, during Macron’s visit there were chants of “no Adib” by the protesters – an indication of belief by some that Adib’s appointment as PM is a continuation of Lebanon’s status quo.

Mustapha Adib, 48, had become Lebanon’s ambassador to Germany in 2013. He has also been an adviser to former Prime Minister of Lebanon, Najib Mikati. Mr. Adib was endorsed for the position by Saad Hariri who is head of Lebanon’s Sunni Muslim party, The Future Movement. Also many former prime ministers of Lebanon have approved of Adib’s name for the position.

Since October, there has been an uprising in the country demanding for complete overhaul of the political system in Lebanon. The country has seen use of power specifically for a certain sector’s interests and Lebanese accuse the governments to be ineffective of unbiased leadership. Many jobs and political positions are seen to be reserved for Lebanon’s religious communities.

This has led to patronage, cronyism and deep-rooted corruption in the country. Country is struggling with unemployment, poverty, financial collapse even before the Beirut blast that left thousands injured and city in ruins. Coronavirus pandemic has only accentuated the hardships in the country.

How Angela Merkel Turned The Tide For Asylum Seekers Forever 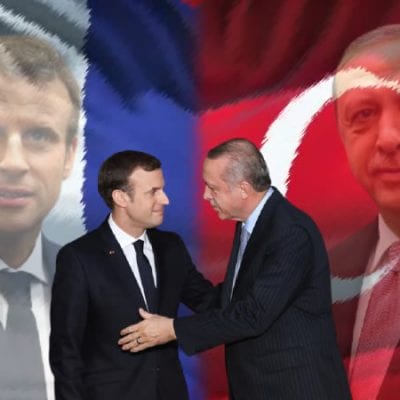