Lebanon Gets Approval For Gas Imports Without US Sanctions

Beijing has made a new territorial claim on eastern boundary of Bhutan, and there is considerable stress in the Indian sub-continent.

The claim was made by China as a response to Bhutan sending a demarche protesting the claims by Beijing on Sakteng Wildlife Sanctuary, situated in eastern Bhutan. As a double down response, China has now pressed claims on Bhutan’s eastern boundary sectors, a border dispute that has never been raised between the countries. Beijing made this claim while opposing the funding for Sakteng Sanctuary from UN Development Program’s Global Environment Facility (GEF), citing it to be disputed territory.

Demarche was issued by Bhutan last month to Chinese Embassy in New Delhi, marking its protest against Beijing’s statement at GEF to stop grants to Sakteng Sanctuary. In 2018-19 the sanctuary had received grants from GEF for a project regarding prevention of soil erosion, and there was no opposition from China.

“The boundary between China and Bhutan has never been delimited. There have been disputes over the eastern, central, and western sectors for a long time”, Chinese Ministry of Foreign Affairs (MFA) said in a statement to media in Beijing.

The records do not mention any details of dispute in region of eastern Bhutan or Trashigang Dzongkhag district, where the Sakteng sanctuary lies. The region also shares borders with Arunachal Pradesh. In the 24 previous border negotiation sessions between China and Bhutan between 1984 and 2016, there has never been a discussion or mention of these regions that are now fresh into accord. Till date the negotiating talks have been limited to specifically three areas – Jakarlung and Pasamlung in the north, and the Chumbi Valley in west Bhutan where Doklam is located.

Doklam stand-off between Indian and Chinese troops in 2017 was the last marking point of negotiations, with no talks thereafter. However, in July 2018 Chinese Vice Foreign Minister Kong Xuanyou visited Bhutan to meet Bhutanese King and Prime Minister along with other officials. The 25th round of talks was to be held in 2019 but was postponed due to logistics and now it is still delayed due to coronavirus pandemic.

Bhutan has always been discreetly non-vocal about its border disputes with China, and is still not offering any comment on the issue.

The demarche by Bhutan has been taken in wrong taste by China, citing it as a strong message. China’s claims at the virtual GEF meeting, held on June 2-3, of Sakteng sanctuary being a to be distributed internally.

Syria will then send a smaller quantity of gas to Lebanon via the Arab Gas Pipeline. The difference will be equivalent to an in-kind payment to Syria. 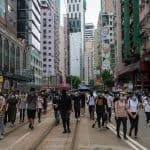