Saudi arabia– In 2022, Saudi Arabia’s economy will be among those with the quickest growth. The kingdom will expand considerably more quickly than the struggling big economies in western Europe and North America, surpass the dynamic Asian giants China, India, Indonesia, South Korea, and Taiwan, and leave behind other sizable rising economies.

Real GDP growth is anticipated to reach 7.5% in 2022, which would be the kingdom’s fastest pace of growth since 2011 and put it first among the world’s 20 major economies in terms of economic growth (measured in US dollars at purchasing power parity). Prior to reverting to a respectably good growth rate of roughly 3% in 2024–26, Saudi Arabia’s real GDP growth will be close to a healthy 5% in 2023.

High energy costs, increased oil and gas output, considerable investment in the energy and non-energy industries, and the successful implementation of a comprehensive COVID19 immunization campaign are all contributing to improved economic performance.

A windfall in the oil industry and robust non-energy company growth will assist the fiscal balance’s return to positive territory in 2022, while the public debt stock—which has been on the rise for much of the previous decade—will decline both in absolute terms and percentage to GDP.

It should come as no surprise that the current-account balance will show a massive surplus of nearly US$163 billion (up from US$44 billion in 2021), which will help to rebuild adequate reserve buffers and bring international reserves of US$475 billion practically back to pre-pandemic levels.

Expensive imported goods will increase price pressures, but price controls and subsidies will keep inflation in check, and the Saudi Central Bank will tighten monetary policy in accordance with the Federal Reserve (the US central bank) to support the preservation of the exchange-rate peg to the US dollar.

The average annual rate of consumer price inflation is predicted to be 2.5% in 2022 (and even lower in 2023), making it the lowest rate ever among the 20 largest economies in the world, along with China and Japan. Furthermore, given the protracted period of high oil and gas prices as well as the ample liquidity in the banking and commercial sectors, any increase in domestic interest rates will have little effect on the overall performance of the Saudi economy.

In order to enhance the business climate, draw in foreign investment, and increase the private sector’s contribution to sustaining the labor market, Saudi Arabia has enacted a wide range of changes. Pro-business policies have simplified the process of starting a firm and made it simpler for foreign corporations to invest in the economy, two factors that are essential to the kingdom’s long-term development ambitions under the Vision 2030 policy.

Large-scale public and private investment will help business infrastructure and facilities continue to advance, which is good news for many industries, including tourism and hospitality, transportation and logistics, energy and derivatives, industrial production and manufacturing, and a variety of consumer and business services. The outlook for Saudi Arabia’s economy is positive, particularly if the reform process can stay on course and money keeps flowing into the nation’s key initiatives and expansion areas. 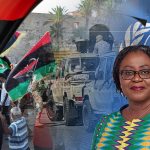