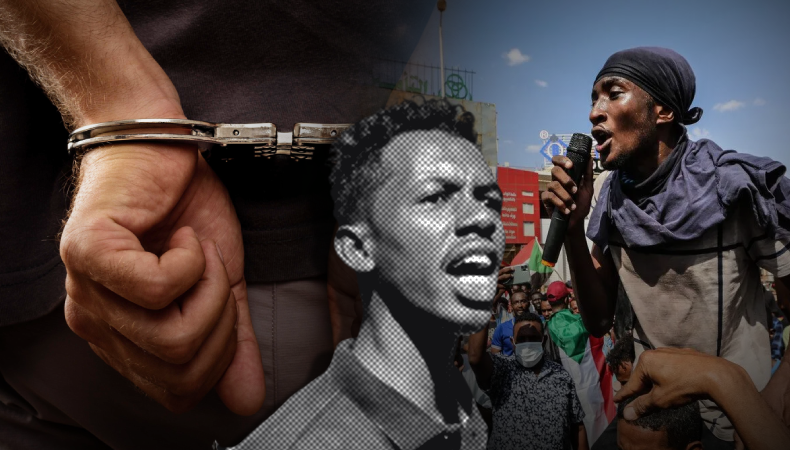 Sudan-On Thursday, as civil protests bolster across Khartoum and rest of Sudan against the military coup carried out in October last year and calling for a civilian rule, security forces arrested anti-coup figures from the Communist Party.

“Security forces raided the house of the political secretary of the Sudanese Communist Party Mohammed Mukhtar Al-Khatib,” the party said in a statement. According to the party sources, another leader of the party was also arrested at the Khartoum airport linked to the ongoing anti-coup protests in the country. The party noted that the two members have thereafter been taken to an “unknown location”.

These arrests highlight the actions against the promises and assurances of the current military regime in Sudan. The coup leader General Abdel Fattah Al-Burhan had pledged that political detainees would be freed in order to pave the path for talks among stakeholders in Sudan. But the arrests are contrary to the promises, even though many anti-coup activists and civilian leaders were released last month by the authorities.

The leaders of Communist Party were arrested after their trip to Juba in South Sudan. The visit was to meet rebel leader Abdel Wahid Nour who has refused to comply to and sign a landmark 2020 peace deal with the government of Sudan, as stated in a party statement. These leaders had also visited areas controlled by rebels in South Kordofan, under authority of Abdelaziz Al-Hilu who too had refused to sign the 2020 deal.

The civilian protests are continuously gaining ground in capital Khartoum as well as in other parts of the country. The protests are against the military coup last year in October led by Gen Burhan and are calling for civilian rule in Sudan.

Security forces are using every means to crush the civilian protests including tear gas in “large quantities”, as reported by pro-democracy Central Committee of Sudan Doctors. Violent crackdown has been used against protests since coup with as many as 95 protesters being killed and hundreds wounded.