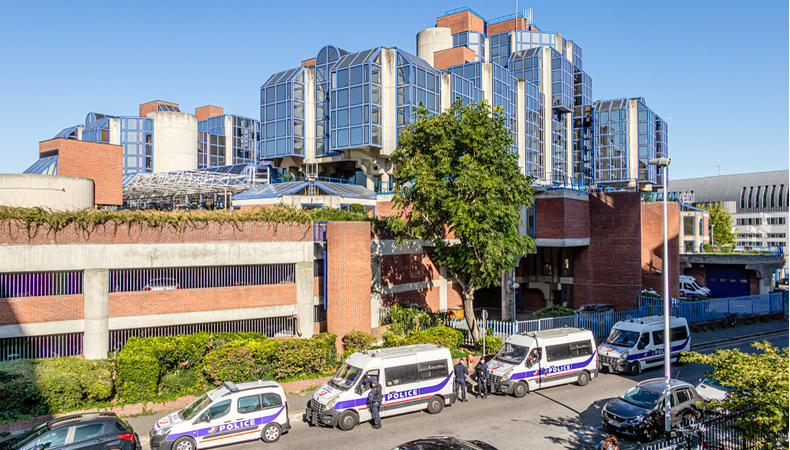 France–The trial began on September 8. He, Salah Abdeslam, against all odds, started to speak. After five years of silence in the interrogations, in the courtroom, on the other hand, it is constantly a river in flood. Certainly not out of a spirit of collaboration with the judges. Nor to show repentance for his actions.

On the contrary, the trial on the Bataclan massacre and the terrorist attacks that bloodied the city of Paris on November 13, 2015, has turned for him, more or less unexpectedly, into a perfect stage. Abdeslam, the only survivor of the jihadist commando in action in the French capital, has been talking about everything for two months.

From the reason for the attack to the political motives behind the killing of innocent people. Up to, as done in the last few hours, the story of his life and the moment of his conversion. A show, that of the Islamist, perhaps aimed at making him one of the jihadist leaders in Europe. Or a more feared circumstance to send out precise signals to the outside world.

While Paris was still mourning the 130 victims of the November 13 massacre, investigators noted that not all would-be suicide bombers were dead. The presence of a young Belgian terrorist, who managed to escape from the French capital, was also ascertained in the attack scene. Salah Abdeslam was born in 1989 in Molenbeek, a tough neighborhood in Brussels and a breeding ground for aspiring jihadists. And it is precisely in the streets of this large district of the Belgian suburbs that Abdeslam was captured. It was March 18, 2016.

The raid by special forces was lightning-fast. The goal was to capture the terrorist alive. That is because, for the first time in a maxi trial on Islamist attacks, one of the protagonists could have spoken and given precise indications on the jihadist universe in Europe. Moreover, the investigations into Abdeslam have ascertained connivance and complicity from a large group of people close to him. Thanks to this network, the Belgian terrorist was able to leave Paris a few hours after the attacks and manage problematic inaction for several months.

The investigations into the massacre lasted a long time and, in part, have not yet finished. According to investigators, an ISIS cell deployed between France and Belgium acted. The direction of the attacks was considered to be in the hands of Abdelhamid Abaaoud, another Belgian terrorist. The latter was killed in a raid carried out by the French police on November 19, 2015.

Intelligence reports described Abaaoud as a charismatic personality, capable of making proselytes in the Islamist world. He pushed Salah Abdeslam, known in prison in 2010 while both were detained for minor offenses, towards the holy war. After five years of investigations, the maxi trial of the terrorist who survived the night of the Bataclan and 14 alleged supporters began on September 8. An opportunity for France to look the executioners in the face and come to terms with reality.

Before the trial, perhaps not even the jailers themselves knew his voice. But once in the courtroom, Salah Abdeslam began to speak. He first claimed his share of him. “I am an Islamic fighter,” said the Belgian when the judge formally asked him about his profession. In the courtroom, Abdeslam, who is now 32 years old, showed up dressed in black. He has a well-trained physique.

From the prison where he is held, they have made it known to the French media that he only thinks about training when he does not pray. “We are human beings. You treat us like dogs,” the terrorist then remarked to the judge. Many relatives of the victims were present in the courtroom. In total, there are 1,800 civil parties. Some have railed against Abdeslam. But he did not turn around, nor did he show repentance. “We hit the population, but there was nothing personal – this is the most significant content of one of his river’s statements – Hollande was wrong: he knew that his decision to participate in the military intervention would lead French to their death.”

A claim in total style. He also continued in the second hearing: “We acted in the name of Syrian and Iraqi citizens. Ours was a reaction to the French and American bombing. Will the victims in Syria and Iraq be able to speak? “More than a declaration, it seemed like a real political manifesto. And also a way perhaps to increase his popularity in jihadist circles.

The real question now is why Abdeslam has decided to transform a maxi process into a stage available to him. Again, the mind goes to the recent case of Anders Breivik, the Norwegian terrorist author of the massacre of Uttiya in July 2011. Even if in a completely different context from the jihadist world, the assonance can be seen in the process used as a seat of political retribution and a basis for the propaganda of one’s ideas. Therefore, does the Belgian Islamist want to be accredited as a reference figure in the European Islamist galaxy? Difficult to say at the moment. Among the investigators, some suspect that there is mere personal ambition or propaganda behind his defensive strategy and the will to send precise signals outside.

Meanwhile, in the first hearing in November, Abdeslam also indulged in almost autobiographical tones. “I was a calm, helpful type – he told the judge concerning the period before he adhered to radical Islam – teachers loved me. I lived imbued with Western values, I lived as you taught me.” Then came the hatred of this life and the West. “Living as a Westerner means living as a libertine.” He continued, stressing that “means living without worrying about God, doing what you want, eating what you want, drinking what you want.”

Armenia proclaims a truce with Azerbaijan