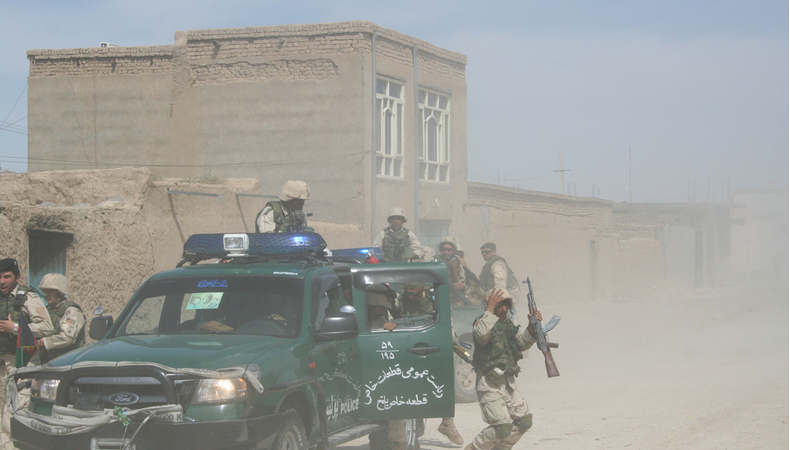 The Afghan army crumbles with bribery, Taliban 50 km from Kabul

The Taliban blitzkrieg arrived in Herat, the base of the Italian contingent until a few weeks ago: the resistance of the militia of the elderly local squire Ismail Khan postponed the fall of the city, but yesterday the “Koranic students” claimed its conquest, broadcasting footage of the local prison, whose inmates were released. According to local sources, the fundamentalists also entered the grand mosque, apparently with few clashes.

According to agency sources, Khan was a refugee with a group of loyalists in one of the government buildings under attack. The fall of Herat signals a new, incredible collapse of the Afghan forces, which on paper should at least have engaged the fundamentalists for a long time.

The same goes for Ghazni, another capital and strategic center on the road linking Kabul to the southern provinces, which also fell into the hands of the fundamentalists yesterday. Kandahar, the second-largest city in Afghanistan, was also taken in the night. This center has a particular symbolic value for the fundamentalists because here, at the Shrine of the Mantle, Mullah Omar proclaimed himself Emir of believers wearing the cape that tradition says belonged to the Prophet Mohammed.

The dissolution of the Afghan forces causes astonishment to even the most disenchanted observers. The US news agency Associated Press wonders where the more than $ 830 billion spent by the Department of Defense to train and arm Kabul troops has gone. In numerical terms, the government forces should have even far surpassed the Taliban front, especially since a large part of the troops Kabul counted on are exceptional, well-trained, and well-armed.

But the operational reality is heavily influenced by widespread corruption, which compromises the efficiency of the National Army. It is common for many commanders to declare a higher number of soldiers than pocket their pay checks. The local press has reported cases of completely non-existent brigades. Even supplies arrive late or insufficiently, because along with the logistics lines, someone takes possession of them, perhaps to resell them on the black market, and weapons and ammunition end up in the hands of the Taliban.

On the ground, the “Koranic students” adopt a skilled and tested tactic: they promise to save the lives of the government soldiers or maybe even negotiate with the commanders to persuade them to surrender without a fight. That happened to Ghazni, whose governor was arrested by the government. In addition, they sometimes besiege the barracks and dig into them, threatening to blow them up with all the occupants. At the same time, they broadcast the videos shot during the advance, which show the fate reserved for those who do not give up: torture, blindness, or cold execution. They will then have time to deny the authorship of war crimes for any unlikely prosecution: in the meantime, the effectiveness of the threats is tangible.

With the fall of the second and third cities in terms of population, the concern is skyrocketing in Kabul. The US is sending another 3,000 troops and the 600 already present, officially to facilitate the evacuation of Afghan personnel. In reality, it is difficult to imagine an attack on the capital at least as long as the garrison remains, that is, until 11 September. So, the Pentagon is deciding to deploy an airborne brigade to Kuwait.

President Ashraf Ghani now feels the breath of the Taliban on him. There is no time for the head of state. If he fails to devise an adequate strategy for the emergency, the hopes of survival of his government and perhaps even of his clan are over. He is trying to regain the support of the various warlords who had distanced themselves in recent months, but the results are modest. Ghani seems to have won Abdul Rashid Dostum’s commitment. He showed it by being accompanied on Tuesday by the Uzbek leader and the governor of Mazar-i-Sharif, Mohammed Atta Noor, on a quick trip to the city, the main center of northern Afghanistan. If Mazar falls, the whole north is lost.