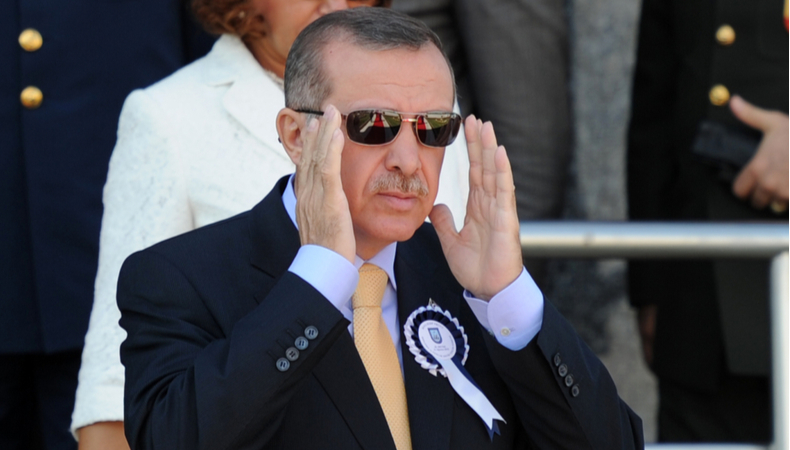 Where did the Turks’ money go? Erdogan’s ultra-luxury “summer palace”revealed

An ultra-luxury villa worth 60 million euros for the summer holidays of Turkish President Recep Tayyip Erdogan. It revealed Sefik Birkiye, architect of the 300-room building, in Marmaris, on the southern Aegean coast of Turkey. The images of the “summer palace” – as it was renamed, evoking the so-called “white palace” that the head of state had built in the capital Ankara – were taken up by the secular opposition newspaper Sozcu. The residence – ultimate in 2019 – covers approximately 90,000 square meters and boasts, among other things, a swimming pool and a beach with private access to the sea in one of the most exclusive holiday areas in the country, as well as a helicopter pad.

The images of Erdogan’s villa are arousing strong criticism in public opinion, both for the maxi-costs in a period of economic difficulty and heavy devaluation of the Turkish lira and for the accusations of massive deforestation of the area for the expansion of the building. It was built on the site that already housed the summer residence of former president Turgut Ozal.

Soccer, an independent newspaper, is – together with the veteran Cumhuriyet – one of the few media left in Turkey to guarantee a sufficient degree of reliability and distance from the government’s grip on the press, which is always ferocious. The latest issue of the newsstand brings images of the complex to the front page. An ultra-luxury villa of 60 million euros and 300 rooms recalls, at least in its grandeur, the colossal Presidential Palace of Ankara, recently built by Erdogan in place of the oldest and most traditional structure in Cankaya. The complex remembers Buckingham Palace in the UK or the residence of the Tsars of Russia. And in which an interdict Pope Francis was invited as the first guest on his 2014 visit to Turkey.

Talking about the new building, which began construction in 2017, now showing it for the first time, is Sefik Birkiye, his architect. The residence covers something like 90,000 square meters. It can count not only on a beautiful swimming pool, on a beach that gives private access to the sea, and sumptuous gardens, perfectly manicured, on a helicopter pad. It was precisely in flight that, on July 15, 2016, Erdogan was carried away by weight, just 15 minutes before a team of rioters reached him to eliminate him. The coup attempt – about which some experts and observers still have doubts – lasted four hours, leaving 240 people lifeless and ending the same night. From there, in Turkey, very harsh repression began, with arrests that over the years affected about 80,000 people, while at least 150,000 were fired, in one of the most brutal iron fists that history has known.

Discussions rekindled when architect Birkiye decided to share images of the project on his website. And the Republican Party took the matter to Parliament. The vice president of the opposition group, Alpay Antmen, asked whether “the sands of Lake Salda were also used to construct the summer palace of the presidency in Marmaris.” Lake Salda is a protected site, with sand considered unique in the world. Moreover, NASA has landed to conduct scientific operations of great delicacy and importance.Amen recalled that while the staff quarters were built in three blocks near the Summer Presidential Palace, where there are five buildings of different sizes, the filling area of 10 thousand 966 square meters was filled with sand and unique gravel and transformed into the beach.

Suppose the daily author of the scoop, Sozcu, will now have to respond to the harsh criticism coming from the president’s supporters. In that case, the other independent newspaper from the government, Cumhuriyet, is forced to face the accusations of the interior minister. The powerful Suleyman Soylu sued him, considering him responsible for publishing articles on alleged links between the state and the mafia, asking for damages for 1 million Turkish lira (about 115 thousand euros).

The newspaper allegedly “targeted” him and “violated his rights.” His lawyer claims that in the last 52 days alone, the newspaper has published at least 254 articles directed against the head of the Interior Department, vice president, and point man of the Justice and Development Party, the local Muslim Brotherhood branch founded by President Erdogan. In a message posted on Twitter last May, Soylu accused “Cumhuriyet” of cooperating with the Kurdistan Workers’ Party (PKK) after publishing articles on relations between the mafia and the state.

More recently, Turkish mafia boss Sedat Peker posted a series of videos accusing Soylu, and other government figures close to the ruling party, of involvement in drug trafficking and sexual harassment. Now, the power reacts, overturning the accusations. And in Turkey, they swear that Erdogan’s men will soon rise in defense of the criticism of the Summer Palace, new pharaonic construction of the one considered to be the last Sultan.

Lebanon among the three most serious crisis since the mid-nineteenth century, World Bank warns

Libya, the return of Saif Al-Islam…

US probes allegations of Qatari financing…

Afghanistan, first flight to Washington with…