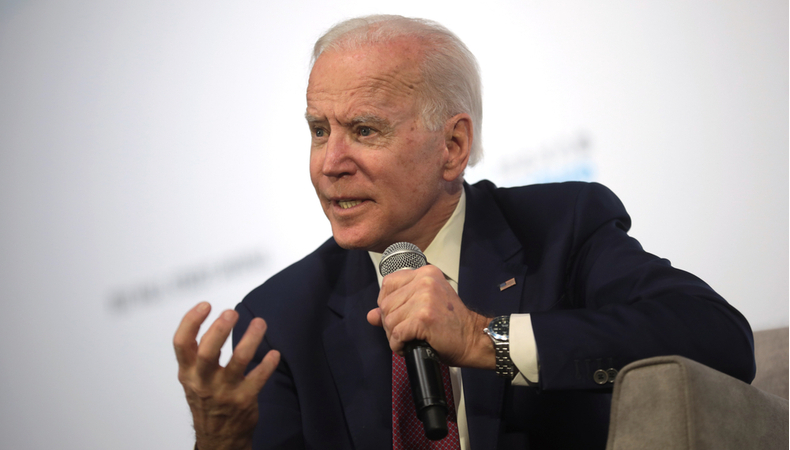 Afghanistan, Biden defends the US decision: “We were there just to fight terrorism”

“The longest of the American wars ends, I don’t change my decision, I won’t pass this war to a fifth president: how many more lives should I sacrifice? We cannot defend Human rights with endless military commitments”. Joe Biden speaks to the nation as his soldiers try to “extract” diplomats, civilians, refugees from Afghanistan.

The president admits that these are “painful scenes. Still, after twenty years, there is never a good time to retire”. He points the finger at the responsibilities of the Afghans: «Their political leaders have fled; their armed forces have collapsed. American soldiers must not die in a war that Afghans do not want to fight for their country. And if they cannot resist the Taliban today, there is no reason why they will do so in a year or five years “.

Besieged by a chorus of often ferocious criticism, in America and around the world, Biden recalls the mistakes of his predecessors, “the anti-terrorism mission ended ten years ago.” To limit the damage, he must win a race against the clock: the evacuation in a record time of 20 thousand American citizens, plus thousands of more citizens of allied countries (NATO) and Afghan collaborators with visas or to whom safety has been promised.

The images of the helicopters fleeing Saigon in 1975 are already worn out, surpassed by yesterday’s chaos at the Kabul airport. There is another nightmare that Biden must avoid: the taking of American hostages in Kabul as in Tehran in 1979 at the beginning of the Islamist revolution inspired by Ayatollah Khomeini. The image disaster would be much more severe, American public opinion (which until yesterday supported the withdrawal with margins from 60% to 70%) would turn against him, making Biden a new Jimmy Carter, the Democratic president. The hostage affair in Iran destroyed his political parable. For this reason, diplomats barricaded inside the airport since last night, according to Biden’s version.

Faced with the conquest of Kabul by the Taliban, the White House and the Pentagon had given themselves a brief time: 72 hours to evacuate the airport and rescue all “entitled.” But yesterday’s chaos has already ruined that plan. The mass of Afghans who rushed to the airport, the deadly crowd, the presence of armed men that forced US soldiers to open fire: the scenario of dangerous anarchy forced the Kabul airport to close for many hours. The increase to 6,000 men of the military device recalled in Afghanistan, says Biden, “serves to ensure the airport security, but it is a mission not without risk.”

The last 3,000 troops should arrive by now. The rescue operation has a code name. The technical term is “non-combatant evacuation operation,” acronym Neo, evacuation of civilians: it is a cursed term, which in the annals of the Pentagon coincide with fatal events, hasty retreats, defeats. Nevertheless, it is this acronym that the White House and the Pentagon deal with it. About twenty thousand American civilians still reside in Afghanistan, including the 4,000 employees of the embassy in Kabul, one of the most significant diplomatic offices in the world. Hence the Tehran nightmare: if the Taliban were able to take hostages, use them as bargaining chips, or worse still to proceed with macabre executions, the exit from Afghanistan would suddenly acquire a different meaning for the entire population of America.

We have already seen the column of smoke from the embassy, ​​caused by bonfires of secret documents and archives, quickly burned by diplomats before the Taliban can fall into the hands. Then all the friends have been promised salvation: another ten thousand citizens of NATO and Afghan countries. Finally, Biden issues a stern warning to the Taliban to abide by the Doha agreements made with their leaders: a promise to allow for an orderly and victimless evacuation. “If they attack us, our response will be devastating.”

But the number of Afghans trying to get the “flight to safety” complicates everything. State Secretary Antony Blinken has to triangulate with the governments of Beijing and Moscow to ask for guarantees on the behavior of the Taliban.

Who is Ashraf Ghani, the foreign president who failed to transform Afghanistan?