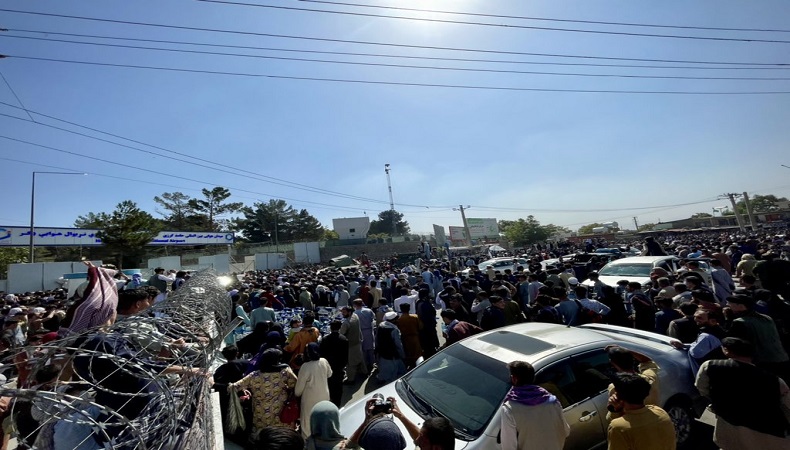 Kabul is in chaos: The Taliban have surrounded the Afghani capital

The Taliban entered Kabul and surrounded it. They have taken control of the University in the western part of the city. Still, they ensure that they will not use force in the center of the capital and negotiate a “peaceful transition of power” in the presidential palace. In the clashes on the outskirts of the city, however, there are at least 40 wounded.

In the meantime, the embassies personnel in Kabul and the foreigners present in Afghanistan have begun to evacuate. As far as we know, the departure of the flight is scheduled for 21.30 local time. For now, “diplomatic garrison” is confirmed at Kabul airport, although the assessment is constantly updated based on the situation on the ground.

The Afghan president, Ashraf Ghani, asked the security forces to maintain order but left and flew to Tajikistan. According to rumors from some international media, including Reuters and Al Arabia, the former interior minister, Ali Ahmad Jalali, will lead the transition government after Ghani’s resignation. However, two Taliban officials reported that there will be no transitional government and that the insurgents expect a total transfer of power. “The transaction will be peaceful,” the Taliban assured, and shortly after that, confirmation from the Afghan government’s Ministry of the Interior also arrived.

The United States is evacuating all personnel from the embassy in Kabul; only a few officials will remain operational at the Afghan capital airport. The ongoing evacuation operations are expected to finish by Tuesday morning. Russia, which has requested an urgent meeting of the UN Security Council, has instead made it known that it will not evacuate its embassy. In Kabul, there are scenes of panic. The authorities have asked all officials to leave their workplaces and return home, shops and banks close, people try to escape even by car, and heavy traffic jams paralyze traffic.

The Bagram airbase, the main center of the offensive against the Taliban for 20 years and a month ago hastily abandoned by the Americans, was handed over to the insurgents. The rapid evolution of the situation took place less than 24 hours after the statement by Pentagon spokesman John Kirby that the Afghan capital was not facing an “imminent threat.”

While the transition is underway in the presidential palace, several senior Afghan officials, including some advisers to President Ghani, have arrived in the VIP lounge of Kabul airport waiting for a flight. Speaking to the BBC for the first time since the Taliban’s entry into Kabul, an insurgent spokesman assured that there will be a “peaceful transition of powers in a few days” and that women’s rights, including education, will be respected.”

Floods and fires bring Turkey to its knees