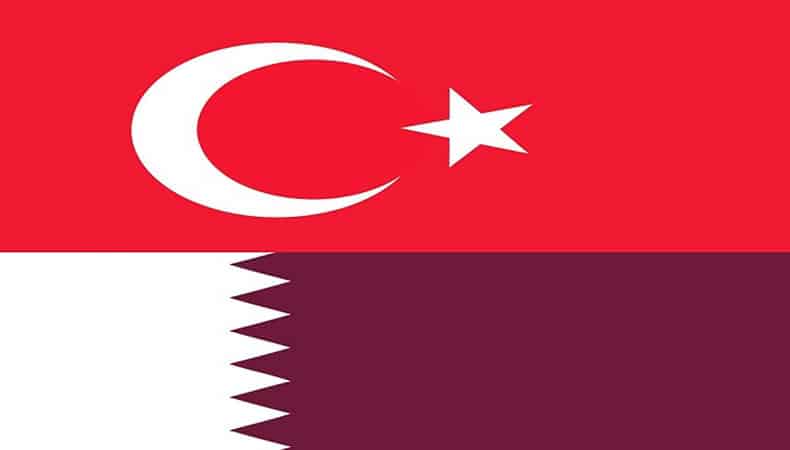 The Arab channel Al-Jazeera generously financed by Qatar to act as a megaphone for the propaganda of the Muslim Brotherhood is carrying out a smear campaign against the Cyprus investment program. “These leaked documents may have appeared in a local Cyprus newspaper and have been an integral part of our country’s politics.” An observer said, describing the fact that Cypriot officials leaked them represents a politically motivated attack, Cyprus Mail writes.Al Jazeera showed the photo of leaked documents probably provided by an official in the Cypriot parliament, who requested an urgent investigation. Al-Jazeera is famously the channel of political Islam.

Numerous journalists and reporters of the Islamist channel have resigned en masse over the years, no longer bearing the pressure of the al-Thani regime, albeit in exchange for large sums of money. Cyprus Mail recalls that as early as February 2013, a well-known correspondent in Beirut of the Qatari broadcaster Al-Jazeera revealed that the channel has a position in every country reports from, not based on journalistic priorities, but rather on the interests of the Doha Foreign Ministry. In the following years, the news channel saw itself banned in Egypt, Jordan, Israel, and Saudi Arabia, among other countries.

The New York Stock Exchange also banned Al Jazeera correspondents in 2003. In July 2020, a former member of US Congress and Chair of the House Foreign Affairs Committee, Illeana Ros-Lehtinen, released a report, describing Al Jazeera as an agent of a foreign principal obligated to register with the Department of Justice under the Foreign Agents Registration Act (FARA), 22 USC § 611. As the emittent is financed, owned, directed, and controlled by the Qatari government.

It engages in political activities and disseminates information in the United States that promotes the interests of that foreign government. As of the date of this report, Al Jazeera has not yet registered under FARA. The document also shows the Qatari government’s direct control of the news channel: “Al Jazeera’s corporate structure includes the following entities: Qatar Media Corporation, Al Jazeera Media Network, and Al Jazeera International (USA) LLC. These entities are under the control of the Emir through the Qatar Council of Ministers serves as the supreme executive body for all internal and external affairs of Qatar.

Cyprus is under attack by al-Jazeera for today’s dispute with the Turkey of Recep Tayyip Erdogan, the only ally of the al-Thani royal family in the Middle East. The leader of political Islam uses the Qatari broadcaster to promote the international Muslim Brotherhood’s agenda. In 2014, Al Jazeera spent $ 75 million to start a news channel in Turkey, hiring journalists and correspondents. The Turkish Al Jazeera website quickly attracted nearly 1 million in investments. Three years later, without ever providing a regular broadcast, the Turkish project was closed.

According to the former editor-in-chief of the Turkish channel, GurkanZengin, the plan to launch a 24/7 news channel together with a digital platform has become a threat to relations between Doha and Ankara. Turkey. “Al Jazeera has never internally explained why they changed their minds on creating the channel after all this investment,” Zengin said. But it is plausible to think that this was an unnecessary expense given that both countries share the same extremist ideology based on passionate political support for Hamas, the Muslim Brotherhood, and their religious hatred of Israel and the West.

In 2014 Turkey and Qatar signed a strategic security agreement that gave Ankara a military base in the Gulf state. Turkey has deployed around 3,000 ground troops to its Qatar base as well as air and naval units, military trainers and special operations forces.

Cyprus Mail explains the al-Jazeera attack on Cyprus by the fact that Turkey has a “golden visa” program that directly competes with that of Cyprus. It grants residency, citizenship and a second passport to applicants who invest in real estate or a bank deposit in the country. In 2016, Turkey launched the acquisition of citizenship through an investment program for foreign investors with a minimum real estate investment of $ 1 million.

Last September, this amount was reduced to $ 250,000, and the period of holding property was reduced to three years after the acquisition of citizenship. Turkey’s “golden visa” regime is not only much cheaper than that of Cyprus, but access controls are much weaker. That is clear from the fact that Turkey has granted citizenship to over 9,000 people through real estate investments since mid-2016, according to the head of a foreign real estate association.

We have reason to believe that Cyprus is under attack by Al-Jazeera channel, like any other country that makes outstanding achievements that overshadow what Turkey and Qatar are doing.Their bloody expansionist agenda represents the cancer of our century after the territorial defeat of the Islamic State.

Israel comes down on Hezbollah targets in Lebanon