What do analysts say about Turkey’s gas surges in the Black Sea?

Erdogan found the manna he was looking for. He did not find it in the Eastern Mediterranean, where controversial Turkish explorations continue alarming Greece and several Mediterranean and non-Mediterranean nations, but in the Black Sea.Speaking live on television from a sumptuous Ottoman palace in Istanbul, the Sultan Erdogan revealed that Turkey discovered a significant natural gas reserve in the Black Sea. About 100 nautical miles away from its shores, which could hold up to 320 million cubic meters of energy.

“Turkey has made its largest natural gas discovery in the Black Sea,” said a beaming Erdogan at images showing a Turkish vessel in the Black Sea.Thomas Purdie of the consulting firm Wood Mackenzie confirmed the goodness of the words of the Turkish president. According to Erdogan, the reserve could also be part of an even larger reserve. The gas is at 2,100 meters deep, and Energy Minister FatihDonmez has promised that drilling will continue for another 1,400 meters below sea level, “and the data – according to the minister – show that we will probably reach gas also there.”

Independent experts were less persuaded of that claim. Ulrich Leuchtmann, head of foreign exchange research at Germany’s Commerzbank, said the discovery is positive news for Turkey. But it is not the game-changer some were expecting. He also remarked that it usually takes up to a decade to extract gas from a discovery. The expert highlighted that investors seem sceptical about the claim that the find would eliminate Turkey’s current account deficit.

A report published by The Times of Israel indicates that the Erdogan’s find is smaller than other discoveries in the nearby eastern Mediterranean. It’s about a third of Egypt’s Zohr field, which is estimated to hold 850 billion cubic meters, or 30 trillion cubic feet of natural gas.The Turkish drilling ship, Fatih, had been carrying out exploration operations in the western Black Sea for the past month, the Israelian newspaper continues.

According to several experts, research and extraction activities could also be very expensive for Ankara, whose economy is at an all-time low. Finally, there is another problem that should not be underestimated by Erdogan: the drilling in that area could be the cause of the earthquakes that have already hit eastern Turkey in recent months.

The discovery comes as dispute between NATO allies Turkey and Greece is increasing over oil and gas exploration in the eastern Mediterranean. Greek and Turkish warships have been shadowing each other after Turkey sent a research ship to look for potential undersea oil and gas deposits. France has also sent frigates to monitor the eastern Mediterranean in defense of Athens.

How An Engineer Was Tortured To Become An Iranian Informer 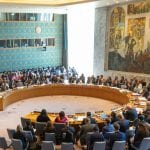 France announces a draft resolution against…