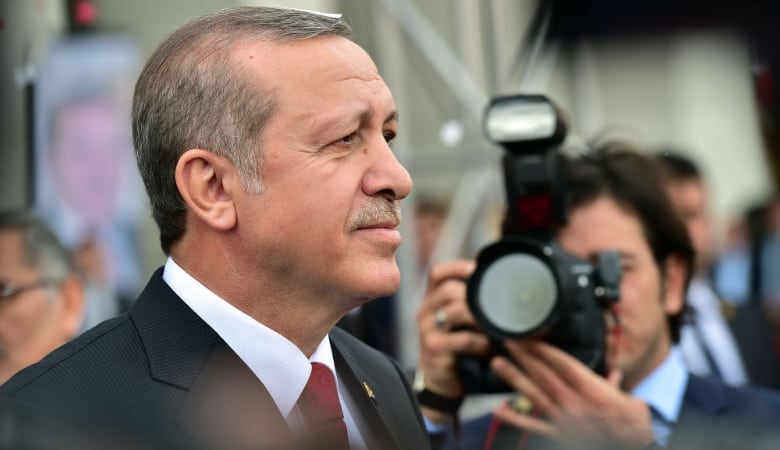 Hundreds of mercenaries killed, all the problems of Erdogan’s mission in Libya

The Libyan National Army (LNA) media office released on Friday a new video shot by a Syrian mercenary during military operations alongside armed groups affiliated to the Government of National Agreement (GNA), recently declared expired by the General Khalifa Haftar.

The footage shows the mercenaries in a farm near the Salah el-Din fighting axis, moments before they become the target of a rocket, which killed 3 of them and some wounded. According to the Syrian Observatory of Human Rights, 7000 mercenaries were transferred by the Turkish president Recep Tayyip Erdogan, from Idlib to Tripoli and Misrata, on demand of the Libyan Prime Minister Fayez al-Serraj, as part of the 2 Memorandum of Understanding on military cooperation and jurisdiction in the Eastern Mediterranean, reached last November in Ankara.

The director of the Syrian Observatory, Rami Abdel Rahman, indicated the death toll among Erdogan’s mercenaries in Libya has risen to 249 in recent days. His organization has also documented the killing of at least 26 Syrian terrorists from the Al-Mu’tasim Brigade, Sultan Murad, Suqur al-Sham, al-Hamzat, and Suleiman Shah, during the battles between al-Serraj-affiliated forces and the Libyan Army in Western Libya.

Rami Abdel Rahman confirmed that the transfer of mercenaries from Syria, and the recruitment of new lots by the Turkish government continues despite these dilemmas. The entry of new units from Syria is also creating many tensions between the Libyan forces. According to military experts, the variations in the battle confirm the influx of new troops as the fighting turned into a sort of urban guerrilla, where civilians pay the highest price.

Propaganda has peaked. With the seizure of the west coast, in particular Sabratha and Sormon, due to internal tensions and an imposing offensive conducted by Turkish drones in support of pro-GNA groups, the Libyan army was immediately presented as defeated.Since the beginning of the conflict in April 2019, no one talks about the drone bombing in support of the GNA, but the media has focused on Haftar’s crimes.

In this context, the Turkish media reported another act of suppression and violation of press freedom by the Erdogan’s regime. The Istanbul chief prosecutor issued an arrest warrant for BirgünErkAcarer for revealing the identity of an intelligence officer allegedly killed in Libya. Acarer took Twitter to say he never lied or reported any news incorrectly, adding that he will not be intimidated by such actions.

Ankara security forces also arrested several journalists for covering the funeral of the National Intelligence Organization (MIT) officer, killed in Libya, with photos of the event. In March, ‘ODA TV’ director BarışTerkoğlu, journalist BarışPehlivan and reporter HülyaKılınç were jailed for publishing the official’s identity. Ferhat Çelik and AydınKeser of the local newspaper ‘YeniYaşam’ also have been accused of terrorism for reporting the same facts.

The strong repression implemented by Recep Tayyip Erdogan doesn’t keep Ankara from ruin. Turkish people are every day more deprived, while the lira has been in free fall on the foreign exchange markets for six months, bond yields have doubled in the last few sessions.

COVID Lockdown: Saudi Arabia works to tide over economic challenge from the pandemic