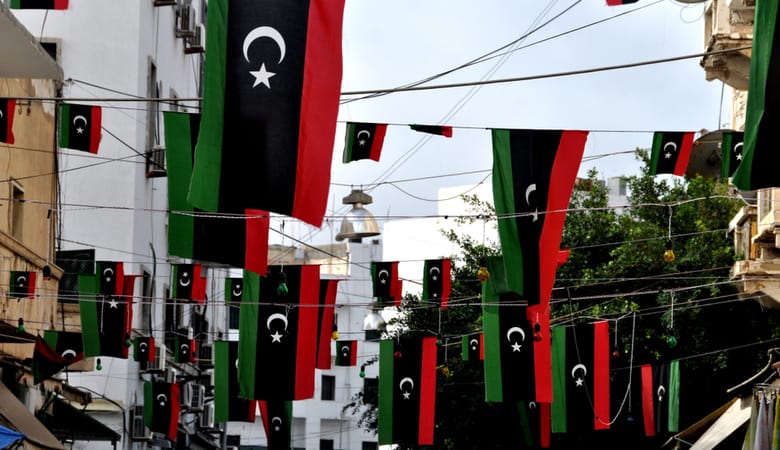 The U.S. AFRICA COMMAND PUBLIC AFFAIRS released a statement, on Tuesday, assessing that Moscow recently deployed military fighter aircraft to Libya in order to support Russian state-sponsored private military contractors (PMCs) operating on the ground there.The statements come following a position by the US Embassy in Libya in support of the Government of National Accord (GNA), after the interior minister, who is fighting against Khalifa Haftar’s Libyan National Army (LNA) for control of Libya, denounced the arrival of Russian jets to Libya from Syria.

Russian military aircraft are likely to provide close air support and offensive fires for the Wagner Group PMC that is supporting the Libyan National Army’s (LNA) fight against the internationally recognized Government of National Accord. The Russian fighter aircraft arrived in Libya, from an airbase in Russia, after transiting Syria where it is assessed they were repainted to camouflage their Russian origin. AFRICOM said, adding that Russia has employed state-sponsored Wagner in Libya to conceal its direct role and to afford Moscow plausible deniability of its malign actions.

“Russia is clearly trying to tip the scales in its favor in Libya. Just like I saw them doing in Syria, they are expanding their military footprint in Africa using government-supported mercenary groups like Wagner,” said U.S. Army Gen. Stephen Townsend, commander, U.S. Africa Command. “For too long, Russia has denied the full extent of its involvement in the ongoing Libyan conflict. Well, there is no denying it now. We watched as Russia flew fourth generation jet fighters to Libya, every step of the way. Neither the LNA nor private military companies can arm, operate and sustain these fighters without state support, support they are getting from Russia.”

The United States openly accused Moscow to exacerbate the regional instability that has driven the migration crisis affecting Europe, claiming that Russia is not interested in what is best for the Libyan people but are working to achieve their own strategic goals instead.

In response, the Kremlin said reports of repainted Russian fighter jets being sent to bomb Libya have nothing to do with reality.The accusation that Russia sent combat aircraft to Libya “does not correspond to reality,” Andrey Krasov, first deputy chairman of the State Duma Defense Committee, told Interfax on Tuesday.“Russia’s position is well known: we are in favor of ending the bloodshed in Libya, we urge all parties to the conflict to refrain from using weapons and sit at the negotiating table,” Krasov added.

US insistence that Russia is destabilizing Libya is baffling, however, since it was the NATO regime-change operation in 2011 that overthrew the government of Colonel Muammar Gaddafi and turned the most prosperous African country into a chaotic wasteland fought over by warlords ever since. The Russian RT wrote, indicating that Marshal Khalifa Haftar, who leads the LNA and is allegedly propped up by Wagner and Russia, famously defected to the US in the 1980s and lived near the CIA headquarters for decades before returning to Libya after 2011.

Russia and Turkey, a NATO member which has openly backed the GNA and sent thousands of mercenaries to Tripoli earlier this year, have organized a series of negotiations between Haftar and the Tripoli-based government earlier this year, but the GNA refused to meet with the LNA leader directly and refused any cessation of hostilities. The American attitude, defined by some as worse than ISIS, risks repeating the same Syrian scenario in Libya. To date, a failure for the White House.