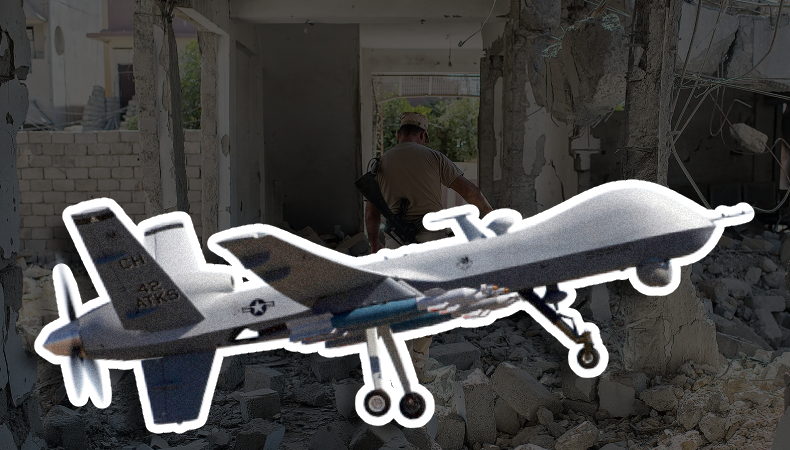 Iraq–Recent attack by a drone on Iraqi Prime Minister Mustafa al-Kadhimi has raised concerns among the political arena of the country. The senior experts in Iraq underline that the brazen attack, that can be dubbed as an attempted coup, as an indication towards escalated conflict between Iraq’s political parties and Iran backed militias.

The attempt to overturn results of elections conducted last month bares open the power struggle in country. The assassination attempt on prime minister is also the first one since invasion by the United States 19 years ago to remove then leader Saddam Hussein.

Intelligence agencies in region have claimed that attacks were likely launched by militia groups backed by Iran. These groups are hard bent to reverse the national election results in which they had lost two third of parliamentary seats. The drone attack left Kadhimi slightly injured and seven of his security guards with severe injuries, though none were reported as fatal. The drone had exploded near front door of Prime Minister’s residence in Baghdad’s highly guarded green zone.

Iran’s involvement, however, remains shady and unclear. Iran enjoys allegiance with certain blocs and political leaders, and this makes its involvement hot in the highly unpredictable political environment in Iraq. “We say the militias did this,” said one Iraqi official. “We say the Iranians maybe knew. We are not more sure than that.”

But after assassination of Iranian general Qassem Suleimani, who had a deep control over Iran backed militia groups, even Iranian leaders are wary of the chances if the attacks would have been ordered by Iran or some other emerging entity. “We assess that this would not have happened if Qassem Suleimani was still alive,” the official said. “There is no longer the same hold over the militia groups as there was under him. This means the link to the seat of power in Tehran is not as [strong] as it was.”

After the humiliating loss in last month’s elections, the Iran linked groups in Iraq have shown rather escalated vehemence. The election results have led to emergence of Iraqi cleric Muqtadr al-Sadr who will get to make and lead the next government of Iraq. Qais al-Khazali, the leader of one of the militant groups, Asa’ib Ahl al-Haq, warned in response to the attack, “The blood of martyrs is to hold you accountable. The protesters only had one demand against fraud in elections. Responding [with live fire] means you are the first responsible for this fraud. […] Avenging the blood of the martyrs is our responsibility and we will do this by putting you on trial.”

Where does Somalia stand on elections? International partners build pressure on them for elections

International Community has to impose sanctions on Libya elections spoilers!