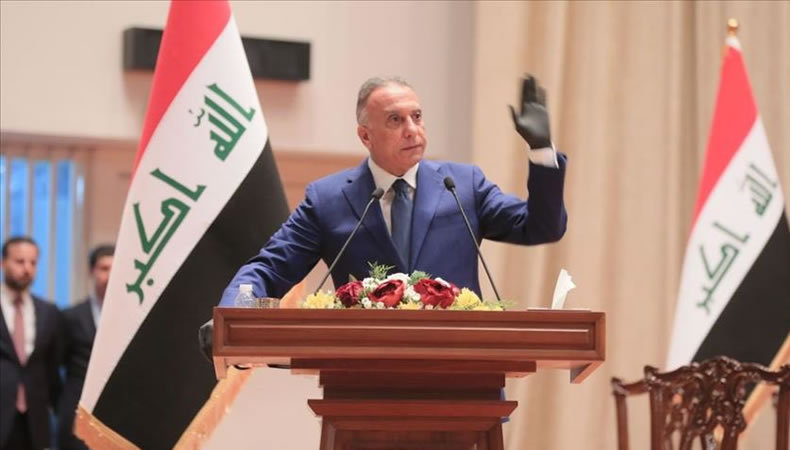 Iraq– Iraqi Prime Minister Mustafa al-Kazimi was unharmed after a “failed assassination attempt” Saturday night with a “drone bomb” targeted his residence in Baghdad’s Green Zone. No one claimed responsibility for the offense. And it is not yet known whether there were any wounds or the damage extent. According to security sources, three drones were employed in the attack on the Iraqi Prime Minister Moustafa al-Kadhimi residence, two of which were fired down by the prime minister’s security agency.

The authors launched the drones from a site near the Republic Bridge, said one of these sources, adding that “two drones were shot down” in flight. The third managed to detonate his charge against the residence, injuring two of Kadhimi’s bodyguards. Kazimi wrote on Twitter to be safe, calling for calm and refraining. Sources told The Arab Post that a “rocket” hit Mustafa al-Kazimi’s home in the Green Zone, a massively protected area in the Iraqi capital center that houses the US embassy and other institutions. After the raid, security forces were deployed mainly in and around the Green Zone.

Rocket strikes against the Green Zone are intermittent. On 31 October, three rockets fell in Mansour, a nearby neighborhood, without producing any injuries. The raid on Mustafa al-Kazimi, who has been in power since May 2020, comes when Iraq is torn apart by severe political tensions linked to the early parliamentary elections last month. Hashd al-Shaabi, an influential coalition of pro-Iranian former paramilitaries, is vehemently disputing the election outcomes.

According to the first preliminary results, the Alliance of Conquest saw its number of seats in Parliament drop. The arguments pitted several hundred Hashd supporters against security forces near the Green Zone as early as Friday. A security specialist said one protester died, while a Hashd al-Shaabi source affirmed that at least two people lost their life.

Supporters of Hashd al-Shaabi launched two sit-ins at two different entrances to the Green Zone to protest the election, which the Hashd leadership calls a “fraud” and a “scam.” Despite its electoral defeat, the Hashd will remain a significant political force in Parliament, thanks to the game of alliances and the co-option of independent members. According to preliminary results, the Sadrist current led by the influential Shiite leader Moqtada Sadr won the legislative elections, with more than 70 seats out of the 329 seats.

Final election results should be published in a few weeks. The United States condemned the drone attack on Iraqi Prime Minister Mustafa al-Kadhimi, calling it an “apparent act of terrorism.” “We are relieved to learn that the prime minister was unharmed. However, this apparent act of terrorism, which we strongly condemn, was aimed at the heart of the Iraqi state,” State Department spokesman Ned Price stated. “We are in close contact with the Iraqi security forces tasked with defending Iraq’s sovereignty and independence and have offered our support as they study this attack,” he continued.

Sudan Refuses To Bow Down To Military Takeover