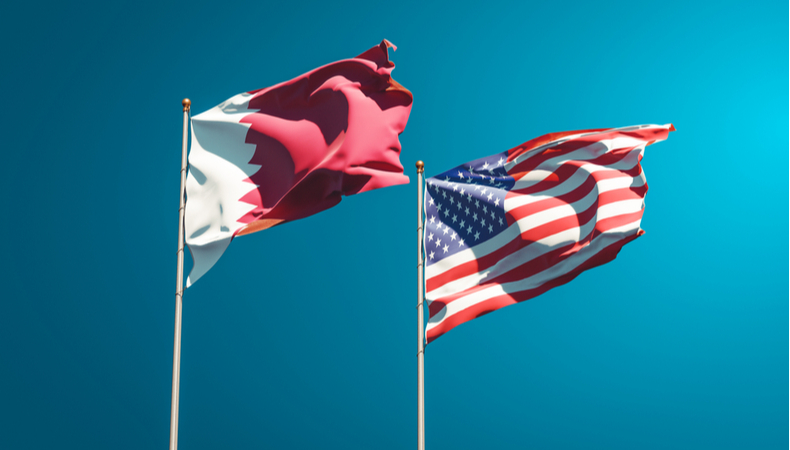 Qatar–After the recent developments in Afghanistan, Syria, and Yemen, the rift between Qatar and the United States has become more evident. A US diplomatic source in Doha spoke of “surprise and dissatisfaction” in the Gulf country it represents for recent developments in US foreign policy. He said that Doha is beginning to feel ignored by the Biden administration, despite solid ties between the two countries. In particular, the official who chose to speak on condition of anonymity referred to a recent statement released by America, the UK, Saudi Arabia, without Doha being even consulted on the crisis in Sudan.

On November 3, 2021, the Kingdom of Saudi Arabia, the United States of America, and the United Kingdom affirmed in a joint declaration their countries’ stance with the people of Sudan. It emphasized the importance of supporting their aspirations for a democratic and peaceful nation. Qatar does not understand why its Arab neighbors were questioned when Doha offered the United States the most extensive military base in the Middle East. The statement excluding the State of Qatar endorses the international community’s serious concern with the situation in Sudan.

“We call for the full and immediate restoration of its civilian-led transitional government and institutions. We call upon all parties to strive for cooperation and unity in reaching this critical objective.” So reads the note, stressing that violence has no place in the new Sudan. “On this point, we encourage an effective dialogue between all parties, and we urge all to ensure that the peace and security for the people of Sudan is a top priority.” They added.

Our source stated that the Qataris were surprised by their ignoring what is happening despite the great partnership that brings together Qatar and the United States of America. “It is incomprehensible, as, on the matter, we have not even been consulted. And the same happened for the Libyan question before Kamala Harris took part in the Paris Conference. It is an unacceptable attitude for Doha.” The official explained.

It should be remembered that these statements and recent reports in the international press of Washington rejection to sell modern combat drones, even though the identical military vehicles have already been purchased by other countries in the Middle East, such as the Emirates and Israel. Moreover, Qatar is the country in the Middle East with the largest US military structure on its national territory. Still, its proximity to Iran and the questionable relationship with suspected terrorist groups, which its Arab neighbors accuse it, has considerably reduced the confidence of Washington towards the Emir.

US Secretary of State Mike Pompeo reiterated the White House’s support for Doha on a September 14 visit to Qatar on the condition that the Al-Thani royal family clarifies their foreign policy stance. On that occasion, Washington promised to initiate procedures to appoint Qatar as a “major ally outside NATO,” status that offers foreign nations advantages in trade, defense, and security cooperation. However, the appointment never arrived.