Russian civilians are being forced to join war against Ukraine. The cities are burning with protests across the board as people protest Putin arbitrary rule to force people to enroll under the country’s first compulsory military draft since the Second World War that has been mobilized in 32 cities.

There has been a formal announcement by Putin seeking a ‘partial mobilisation’ of 300,000 additional men, something that came as a complete surprise to most Russians last week. Systematic rallies have been ongoing since then through the weekend, protesting against this decision.

Russia has recently signed into law a new anti-desertion bill that introduces lengthy jail terms for wartime acts including desertion and ‘volunteer’ surrender. This was done after Putin declared a ‘partial’ military mobilization for war in the Ukraine. The legal changes introduce the concepts of “mobilization, martial law and wartime” to the Russian Criminal Code for the first time.

Russians have been fleeing the country for their safety and neighbouring countries have already confirmed queues of such harried lots. Additionally, an easy citizenship is following those who might want to assist the armies and change nationality. Some men fearing conscription have been fleeing the country by plane or car, while others have gone to ground to hide from potential draft notices.

Most rallies being carried out are unsanctioned, something that is forbidden under the Russian law. Some 1300 people have already been arrested since the weekend over the protests.

Moving to assuage public fears over the call-up that could erode the president’s grip on power, authorities announced that many Russians working in high tech, communications or finance would be exempt. Critics and human rights groups are protesting the arbitrary method in which military is rounding up civilians to meet the drafting targets.

Germany Does Not Like Russian Dictatorial Stance With NATO Partners 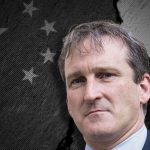