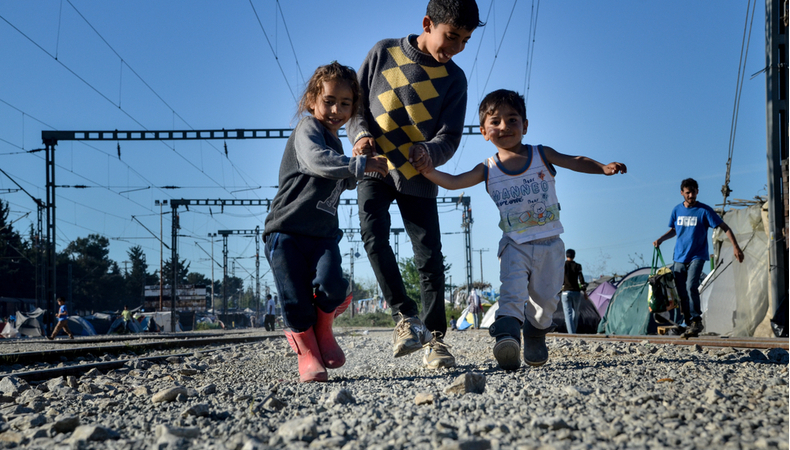 Syria at least ten children killed in one month

At least ten minors were among the victims of the attacks in Northwestern Syria since the beginning of June. And another six were injured in a total of 11 episodes in the area. “In the last bombing, dating back to last Saturday, six minors died. They were between 5 and 14. Among the victims, also that of a nurse working for one of our partner organizations (Violet), killed in his house with his wife and three of their four children.” Save the Children affirmed in a statement.

Syria’s 10-year-long civil war has killed or wounded almost 12,000 children and left millions out of school in what could have repercussions for years to come in the country, the UN children’s agency said.Attacks on schools continue, with two hits south of Idlib. Fortunately, they were evacuated, and there were no children inside, as one of the teachers explains. Otherwise, it would have been a massacre. However, the school has been severely damaged; one of the classrooms was destroyed, and the play area.

All this violence continues to rage in violation of the ceasefire, aggravating an already dire humanitarian situation.According to Save the Children, hunger levels in Syria increased by 56% between 2019 and the end of 2020, with two out of three people in the country need food or livelihoods as the world faces its biggest food crisis of the 21st century.

“We urge all parties to the conflict to respect international humanitarian law and avoid further escalation of violence. We also call on the parties to the war not to target schools and civilian infrastructure and ensure children’s safety and protection. then, the United Nations Security Council vote this week to re-authorize cross-border assistance to ensure that all children have access to the education and service they need.” The organization continues.

Suicides are on the rise

In the Northwest of Syria, suicide or suicide attempts are increasing, and in one case, in 5, they are minors. In the last three months of 2020 alone, 246 committed suicides and 1748 attempts were recorded, leading to an increase of 86% compared to the first quarter of the same year. Of the total number of people who have attempted to take their own lives, at least 42 are 15 years old or younger, while 18% are adolescents and young people between 16 and 20.Last week, a 14-year-old boy killed himself in a camp for displaced people in Hama, the latest in a series of recorded cases.

This phenomenon’s increase is part of a picture of the growing distress of the population of this area of the country. The Northwest of Syria is trapped in a spiral of poverty, violence, lack of education, domestic violence, early marriages, broken relationships, and bullying in communities that have been crushed by ten years of conflict.The harsh living conditions in the overcrowded camps in the Northwest and the lack of infrastructure are all factors that cause people to feel more distressed. It is no coincidence that the most significant number of suicides occurred among the displaced population for 187 cases.

The situation reflects the feeling of despair after ten years of conflict, taking away all hope, even from the youngest and the children.Even the economy in a severe crisis affects the mood of those who do not have enough resources to obtain food and medicine, a deprivation that feeds the state of stress within the communities.