President Abd-Rabbu Mansour Hadi said that the new body will assume the duties of both the president and his deputy. It will carry out political, military and security duties for the Yemeni government during the “transitional period”. Reportedly, the move was taken in line with a 2011 power transfer initiative devised by the six-member Gulf Cooperation Council (GCC).

Hadi later said on Yemeni state TV, “With this declaration, a Presidential Leadership Council shall be established to complete the implementation of the tasks of the transitional period.” Saudi Arabia announced $3 billion in financial aid to the Saudi-backed government after the announcement by President Hadi. Saudi Arabia also called for talks with the Iran-backed Houthis, who have been battling a Saudi-led coalition in the war. Saudi Arabia urged Hadi to begin talks with the Houthis to end Yemen’s devastating war. The Yemen war has been described as the world’s worst humanitarian crisis by the United Nations.

Reportedly, seven years of conflict divided Yemen between an internationally-recognised government led by President Hadi and backed by Saudi Arabia based in the southern city of Aden, and the Houthi militia in Sanaa. Houthis gained control of most of north Yemen by 2016.

The new leadership council is made up of a chair and seven deputy chairmen. It will be led by Rashad Al-Alimi, a security official who was interior minister during the former presidency of Ali Abdullah Saleh. Al-Alimi enjoys Saudi Arabia’s support and has a close relationship with the Islamist Islah party, which has been an important political player in Yemen’s government-in-exile. Deputy chairs include the leader of the southern separatist group, the Southern Transitional Council, and Aidarous al-Zubaidi.

Blaise Compaore Sentenced To Life For Murder Of His Predecessor 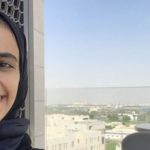 Noof Al-Maadeed is in grave danger, despite reassurances from Qatari Authorities