Delist IRGC To Get the Nuclear Deal Going

Iran–There is news that the Islamic Revolutionary Guards Corp (IRGC) is not going to remain a listed terrorist organization. But the Pentagon is vehemently opposing this move. General Mark Milley, one of the top brasses in the American administration continues to believe the organization shouldn’t be delisted. However, his statement has place him at odds with many in the Biden administration and some Democrats in Congress as well.

Chairman of the Joint Chiefs of Staff Gen Mark Milley was vocal about his decision not to delist the group in a hearing in front of the Senate Armed Services Committee recently. Unfortunately, this contemplation that comes from the White House is probably a carrot to get Iran to come back to the table over the Nuclear Deal that fell off in Trump administration.

As a part of its negotiations to agree to the terms set under the JCOP, Iran has requested the removal of the Revolutionary Guard from Washington’s list of foreign terrorist organisations. The US designated the force as a terrorist group in 2019. Senator Chris Murphy apparently is supporting the move and said in a consolation statement to the media that “The practical impact of designating them as a foreign terrorist organisation is inconsequential. We have dozens of other terrorist designations on the IRGC that would remain.”

At the hearing, General Milley did not mince his words as he said that, “Iran is likely to remain a significant regional threat to the United States and our partners and allies.” He argued that in its support for terrorism and “a proxy army inside the borders of its neighbours, along with its ballistic missile programmes, Iran seeks to revise the Middle East regional order and balance of power in Iran’s favour”.” He warned that its nuclear programme is a tool it uses to gain leverage towards that goal. However, Gen Milley said he supports a nuclear deal with Iran to avoid further destabilisation.

How An Engineer Was Tortured To Become An Iranian Informer 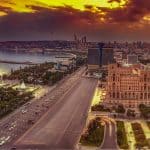 Armenia-Azerbaijan conflict could soon turn into another episode of Turkish aggression, would allies raise call for peace

Biden, Saudi Royals at odds as evidenced by reduction in OPEC+ oil production