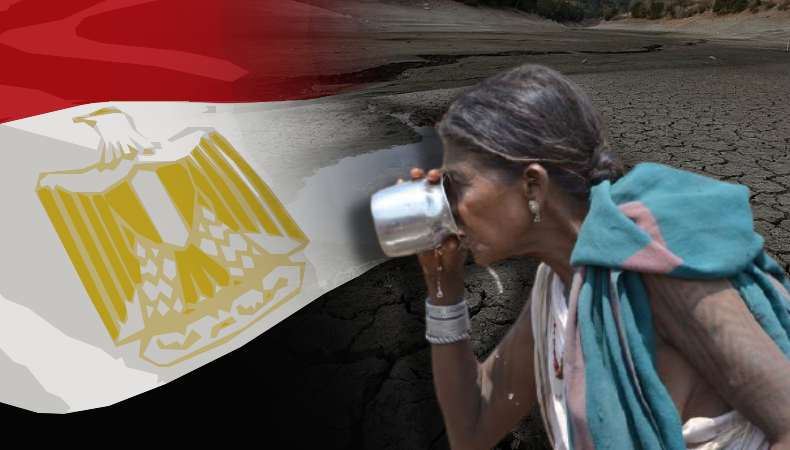 Egypt–Egypt has reached water poverty with less than 500 cubic meters of water per capita per year. The President of Egypt Abdel Fattah al-Sisi has recently revealed that the country has entered the stage of water poverty. While speaking to reporters at World Youth Forum’s fourth edition in Sharm el-Sheikh on January 13, he said that the global water level is set at 1,000 cubic meters per capita a year. He also pointed out that the volume of water falling on the Ethiopian Highlands amounts to 900 billion cubic meters. That means Egypt’s and Sudan’s shares do not exceed 10% of the rainfall in Ethiopia.

Mohamed Nasr al-Din Allam, a former Egyptian irrigation minister, revealed that since 1991, Egyptians have been living with less than the minimum water share. According to Al-Monitor, he said, “For 30 years, we have been suffering from water poverty and a food gap because we produce less than we consume.” From the standpoint of the Egyptian government, this risk is both domestic and international.

Reportedly, the per capita share of water in Egypt now ranges between 550 and 560 cubic meters per year. The coming years will test Egypt’s resilience to water stress and its ability to adapt. He said that the declining per-capita water availability increased Egypt’s food security risk. Egypt gets 97% of its water from the Nile River and its annual need for water is about 114 billion cubic meters.

Reportedly, the country is unable to expand industries because of the lack of the necessary water. The Grand Ethiopian Renaissance Dam (GERD) appears to challenge Egypt’s water supply. Egypt and Sudan have continued to demand a legally-binding agreement to guarantee their water interests and the rights of their people. However, Ethiopia implemented the second phase of filling the dam last year without the two countries’ consent.