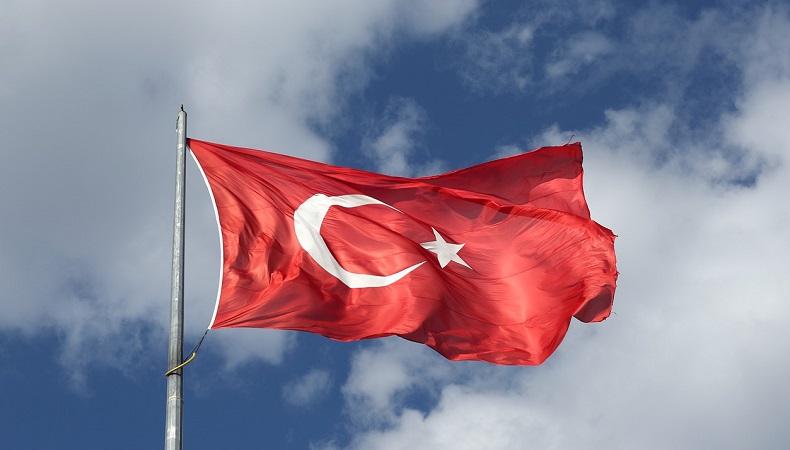 Turkey was Forced to Relocate its Ethiopian Embassy to Kenya

Turkey– In the face of growing concerns over the involvement of Turkish drones in confrontations between the Ethiopian government and Tigray rebels, Turkey has shifted its Ethiopian embassy to Kenya, verifying the warnings about the potential consequences of Ankara’s drone sales to foreign nations without limits.

Barcin Yinanc, a seasoned diplomatic journalist, was the first to report on the move. While the Turkish government has remained silent, a diplomatic source confirmed the action to Al-Monitor on the condition of anonymity. By November, another source close to the administration informed Al-Monitor that the threats against the embassy had escalated. After advanced weaponry were discovered as close as 200 meters from the diplomatic grounds, the Turkish Foreign Ministry decided to relocate embassy operations to Kenya in mid-December, according to the source.

After Turkey sold Addis Ababa Bayraktar TB2 armed drones, Ankara’s participation in battles between the Ethiopian government and separatist Tigray rebels in the north has become contentious in Ethiopia and the international world. Under a military cooperation agreement signed by Turkey’s President Recep Tayyip Erdogan and Ethiopia’s Nobel Peace Prize recipient Prime Minister Abiy Ahmed, Ethiopia received six of the 13 TB2 drones it had purchased from Turkey. Turkish drones are said to have been deployed in the rejection of Tigray rebels from the northern Afar and Amhara provinces by government forces. Tigrayans have taken to social media to demand that Ankara halt the transaction.

As ethnic Tigrayans’ fury grew, Istanbul held the Turkey-Africa Partnership Summit on Dec. 16-18, with Erdogan attempting to sell additional combat drones to Africa despite the reaction. In order to dispel the black clouds over the country’s severe economic troubles, Erdogan emphasizes the success of Turkish drones, which are built by Baykar, a firm controlled by Erdogan’s son-in-law Selcuk Bayraktar’s family.

“Everywhere I went in Africa, they requested for drones and armed drones,” he claimed in October during a visit to Baykar, the Bayraktar’s producer. Erdogan’s comments came shortly after his African tour, which included stops in Angola, Togo, and Nigeria, and included a focus on drone marketing. Angolan President Joao Manuel Goncalves Lourenco indicated his country’s willingness to buy Turkish combat drones and armored military transporters during a return visit in July. Niger President Mohamed Bazoum and Turkish President Recep Tayyip Erdogan met in November to discuss the African country’s acquisition of guns to combat radical Islamic organizations.

Turkey has provided military gear to Burkina Faso, Algeria, Chad, Morocco, Ghana, Kenya, Mali, Mauritania, Niger, Nigeria, Senegal, Somalia, Rwanda, and Uganda after signing military cooperation agreements with 25 African nations. Morocco got the first shipment of 12 Turkish drones in September, as part of a May 2021 agreement. Several factors have fueled demand for Turkish combat drones: their success in the Nagorno-Karabakh, Libyan, and Syrian conflicts; their relatively lower price tags compared to their competitors; the lack of any pre-conditions or human rights restrictions restricting their use; and the lack of delays such as parliamentary approval.

While some applaud Ankara’s rising military sales, analysts, including a growing number of pro-government voices, warn that militarizing relations with African countries might complicate Ankara’s relations with the continent, drawing Turkey into domestic disputes. The Turkish government has simply rejected these warnings, claiming that European nations’ military gear sales to Africa do not elicit the same level of opposition. Ankara, on the other hand, can scarcely ignore the criticism, as Turkey’s drone sales to Ethiopia have become particularly troublesome at a time when international organizations are raising concerns about rising civilian fatalities as a result of government air attacks.

“At least 108 civilians have been reported killed and 75 others injured as a result of air strikes allegedly carried out by the Ethiopian air force since the beginning of the year,” Liz Throssell, a spokesperson for the UN human rights office OHCHR, said in a press conference in Geneva on January 14. The Tigray rebels do not have an air force, and the Ethiopian government does not acknowledge that the raids were carried out by its forces. On January 8, an air raid on a refugee camp in Tigray killed 56 people, including children and humanitarian workers, wounded 30 others, and sparked international anger. Ethiopian air forces struck a refugee camp in the southern Tigrayan town of Mai Tsebri on January 5.

The disagreement has also caught the attention of Vice President Joe Biden’s administration. President Joe Biden addressed his worries about the bombings in a phone chat with Ethiopian Prime Minister Ahmed. In addition to civilian deaths and widespread human rights abuses, the UN claimed that more than 2 million people were displaced and millions were at risk of hunger as a result of the conflict.

The Nobel Peace Prize Committee made an unusual political plea in response to the crisis. “As Prime Minister and recipient of the Nobel Peace Prize, Abiy Ahmed has an unique obligation to end the violence and contribute to peacemaking,” the committee stated in an early January statement. After the government postponed general elections owing to the COVID-19 outbreak, violent confrontations erupted in Ethiopia in September 2020. Rebels organized regional elections in Tigray, defying the government’s decision. These elections were proclaimed illegitimate by the central government, and riots ensued. After an attack on an Ethiopian military post in November 2020, the fight became more intense.

The battle will have repercussions for Turkey’s ties with Ethiopia and the rest of the region in the future. Under increasing international pressure, the feuding parties may be able to reach an agreement, but Ethiopia will likely remain a diplomatic and political quagmire for Ankara.