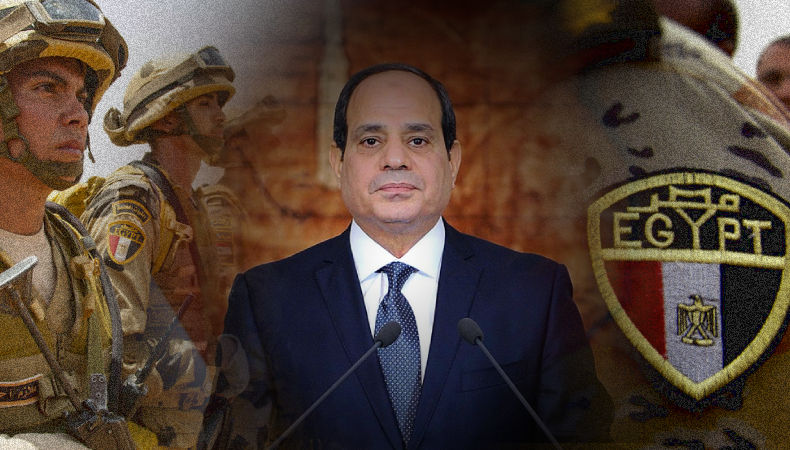 Egypt–Egypt is all set to expand the horizons of national security powers of its military and president, a move that will bolster grip of already stringent authoritarian government. On Sunday, Egypt’s House of Representatives passed a series of new amendments to country’s national terrorism law. The amendments would grant extended powers to the government.

The changes to law are to first be passed by President Abdel Fattah el-Sisi, a step that is rendered more of a formality. The modified law will extend president’s authority to “take measures necessary to preserve security and public order”. This raises question about apparent eagerness of Egypt government to ease out its law and order and be more open in its regulations. Recent allegations over country’s human rights violations by European Union and USA, government has expressed its keenness to re-evaluate its laws regarding many human rights issues, including its treatment of political prisoners.

Many experts have criticized government for its moves to address human rights issues a mere publicity stunt. This is specially as amendments would give president and military extended powers. Military will continue to enjoy powers as it has already in past few years. Military has seen a rise in responsibilities in various arenas like hotels, judiciary and even pasta manufacturing industry. This has been happening since 2013 when former general el-Sisi took power in a military coup.

Once amendments are passed, military as well as police of Egypt will own a permanent responsibility to protect and control public infrastructure like gas pipelines, oil fields, roads, bridges and railway tracks.

Another amendment that was passed on Monday rules that anyone who is found to research on military and its members – both current and former – without prior consent from government would be punished with a hefty fine of up to 50,000 Egyptian pounds (almost $3,200).

Raising doubts on timing of the amendments, one lawmaker Maha Abdel Nasser of Egyptian Social Democratic Party said, “We are not against toughening the penalty for disclosing military secrets or espionage, but we have reservations about the timing, as it coincides with the president’s abolition of the state of emergency and the issuance of the human rights startegy.”

A new Houthi attack kills at least 29 people in Yemen