Egypt: UN Climate Conference to be held in Sharm el-Sheikh

Egypt–Cairo has lately increased its attempts to win international support for the 2022 Conference of the Parties (COP27) to the United Nations Framework Convention on Climate Change, which will take place in Sharm el-Sheikh in November. Egypt’s foreign minister and COP27 President-designate, Sameh Shoukry, had a virtual meeting with Egyptian ambassadors overseas on February 1 and urged them to begin planning for the summit.

Shoukry directed “the Egyptian embassies to work with all international parties during the coming period to put forth the Egyptian vision for the conference and garner the necessary support for international efforts to confront climate change,” according to a statement released by the Egyptian Foreign Ministry following the meeting.

Following that, the Foreign Ministry called a meeting of heads of diplomatic missions and ambassadors in Cairo to “build the necessary momentum for the next session of the COP27 and inform the diplomatic community in Cairo about the conference’s preparatory efforts,” according to a statement released on Feb. 4.

According to the statement, Wael Abul-Magd, the president-special elect’s representative, stressed “Egypt’s openness to all parties to address the various issues under negotiation and build on the successes achieved in the last session of the conference in Glasgow, while focusing on the need to start delivering on all commitments and pledges related to financing climate change projects and adapting to and mitigating its negative effects” during the meetings. On February 2, Shoukry received a call from Frans Timmermans, the European Commission’s executive vice president for the European Green Deal.

“Egypt is proposing an ambitious agenda for the upcoming session of the conference,” Shoukry told Timmermans, “that includes upgrading national contributions to cut emissions and financing initiatives to adapt to the negative repercussions of climate change.” “Britain will hand over the presidency of the climate conference to Egypt at the end of this year, after it hosted the Glasgow conference last year,” Hussein Haridi, Egypt’s former assistant foreign minister, told Al-Monitor. In Egypt, there is a strong political intent for this conference to achieve beneficial outcomes for Africa in particular, particularly in terms of how the international community addresses climate change, which has a significant impact on developing nations.”

The Egyptian envoy to the African Union in Addis Ababa had a discussion session at the AU headquarters on February 5 to discuss COP27 preparations. During the meeting, Mohamed Gad, Egypt’s ambassador to Ethiopia and permanent representative to the African Union, emphasized “the urgent need to understand the special circumstances of [African] countries and their efforts to achieve sustainable development, as well as the need for pledges supporting efforts to adapt to the consequences of climate change and providing climate financing to the continent’s countries.”

“Egypt’s interest in seeing the COP27 summit succeed has been obvious from the decision to create a higher government committee led by the Egyptian prime minister [in November],” Haridi said. This committee, coordinated by the Ministry of Foreign Affairs, will represent all ministries involved in this conference and will play a role in worldwide promoting and mobilizing the required momentum and support for the conference’s success and attainment of its objectives.”

On Feb. 1, Egyptian Prime Minister Mostafa Madbouly spoke at the committee’s third meeting, emphasizing “the importance of continuous coordination between the concerned ministries regarding all logistical and substantive arrangements for hosting the conference… while developing solutions for the urgent issues that will be discussed and the technical initiatives that will be launched during the conference with the goal of leveraging this important event.”

“Achieving the goals of the Paris Agreement and lowering emissions by 2050 within agreed-upon limitations requires cooperative international efforts rather than single-country initiatives,” Haridi added. Egypt’s responsibility during its chair of the COP27 conference is to create the scene for an agreement on such goals, but participating nations must be fully prepared to undertake their duties, whether financial or connected to the implementation of key programs.”

“Egypt will focus on the need to increase funding to support developing countries in adapting to the effects of climate change during the COP27,” Haridi added. Although emerging countries, particularly African countries, have a small fraction of CO2 emissions compared to countries like China, India, and the United States, African and poor nations including Egypt suffer tremendously from climate change. Therefore, the more affluent nations need to shoulder their moral and collective duties and give the necessary money for developing countries to deal with the harmful repercussions of climate change.”

“Egypt’s recent diplomatic moves are primarily aimed at garnering international support for the success of the conference while providing the necessary funding for developing and African countries to enable them to adapt to climate change and reduce carbon dioxide emissions,” Tarek Fahmy, a political science professor at the American University of Cairo said. “Egypt will continue to endeavor to persuade the main industrial nations to provide the required funds to underdeveloped countries that suffer from carbon emissions and intense energy extraction,” he said. Those countries had promised to provide $100 billion to developing countries each year, but they have yet to do so.”

“Egypt’s mobilization efforts will help it to overcome the divisions that arose at the Glasgow climate conference, which failed to reach the necessary global goals,” Fahmy stated. Egypt’s capacity to solve climate challenges by establishing solid environmental policies will be confirmed at COP27. It will also have a significant influence, allowing Egypt to carry out worldwide initiatives while meeting the conference’s aims of combating global warming and setting a 1.5°C limit.”

Why Civilians Deaths Are On the Increase In Yemen? 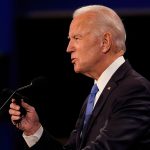 In a landmark ruling, a Saudi court orders the naming and shaming of a man convicted of sexual harassment