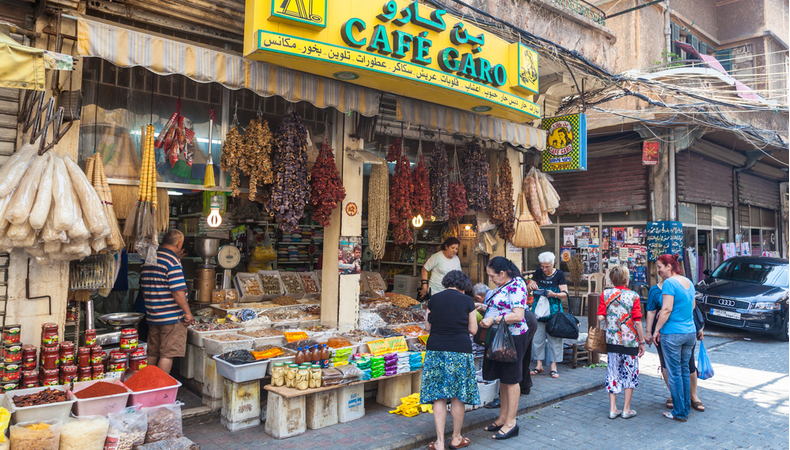 Even if Lebanon reached 50 thousand Covid-19 infections since the beginning of the pandemic, the main emergency, on which concentrate all national efforts, is the economic one.

Four hundred and ninety-six thousand cases, for a population of about 5 million, means that today, in Lebanon, one in ten people has contracted the coronavirus, one of the worst figures in the region. The financial is what scares more. Amid the collapse of the local currency, a public debt among the highest in the world, the evaporation of the middle class and absolute poverty, dangerously close to 50%.

To that added the material and emotional devastation of last August 4, when 2750 tons of nitrate exploded at the port of Beirut ammonium, causing 200 deaths, 5,000 injuries, 300,000 displaced persons and damage to the capital estimated at around 3 billion dollars. The pandemic, in such a situation, almost takes on the appearance of a minor nuisance, even with these worrying numbers. A health emergency overshadowed by a permanent state of emergency.

To understand the depth of an economic crisis that various analysts define as worse than any crisis during the period of the civil war (1975-1990), it is enough to compare simple supermarket receipts. Until no more than two and a half years ago with 10 thousand Lebanese pounds you could buy a litre of milk, a kilo of tomatoes, a kilo of oranges, a kilo of apples, a kilo of cucumbers, a kilo of rice and a kilo of chicken (more accurately half a kilo, because in 2019 a kilo of chicken cost about 5 thousand lire).

Today, with those same 10 thousand, you only buy a litre of milk. The Lebanese lira lost over 90% of its value in one year, going from an exchange rate of 1.5 to 12.5 with the dollar. A recent study by the Lebanon Crisis Observatory, led by Professor Nasser Yassin of the American University of Beirut (AUB), linked the soaring price of food to the recent start of the month of Ramadan, sacred to about half of the Lebanese population of the Islamic religion.

According to available data, today a month of iftar – the meal with which the Ramadan fast is broken- costs a family of five about 1.8 million lire compared to 440 thousand in Ramadan 2019; almost three times the minimum monthly wage, which amounts to 675 thousand lire. The minimum wage that in 2019 was worth about 450 dollars, while today it is worth 65. Also, according to the Observatory, a single “ordinary” iftar, with rice, chicken, salad, lentil soup, and a single date costs 60 thousand lire, that is 268% more than in 2018.

These are bitter numbers, made even more painful by the fact that Lebanon imports over 80% of what it consumes and does so in dollars, whose reserves are running out. Many observers express concern about the day when the subsidies on medicines, wheat, and fuel will end – which in many petrol stations is already rationed, with refuelling limits – also fundamental to power the private generators of which thousands of Lebanese are they are used for electricity, which the government can provide for about 16 hours a day on average.

Last October, following the resignation of Prime Minister Hassan Diab, former Prime Minister Saad Hariri was renamed for the post – which he had left in October 2019, harassed by anti-government protests – but still today he cannot find an agreement with the President of the Republic, Michel Aoun, for a shared government team.

How Erdogan disbursed $ 128 billion in gifts and rewards to his party members, reducing Turkey to misery