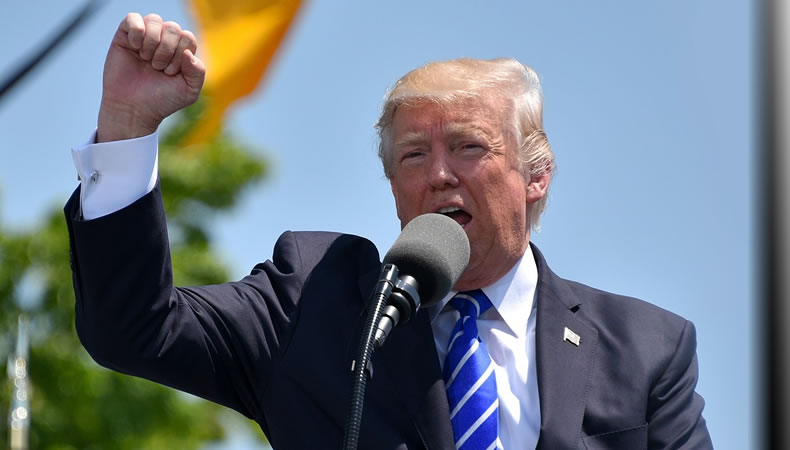 Ukraine– Even the most adamant defense hawks in the Republican Party stayed practically united on Trump’s side when he was impeached in late 2019 for pushing Ukraine’s president for “a favor” while withholding $400 million in military funding to help battle Russian-backed separatists.

However, when Russian President Vladimir Putin’s military marched toward Kyiv in February, threatening not only Ukraine but also the rest of Europe, Republicans and Democrats in Congress set aside impeachment politics, rallied to Ukraine’s side, and quickly dispatched billions to President Volodymyr Zelensky’s defense.

The question now is whether the uncommon cooperation on Capitol Hill can withstand Trump’s isolationist impulses on his party, or whether Republicans who bowed to Trump’s “America First” attitude would do so again, jeopardizing military and humanitarian backing for Ukraine.

In a recent interview with The Associated Press, Bill Taylor, a former ambassador to Ukraine, said, “Perhaps there is a sense on both the Republican and Democratic sides that this security assistance is very critical.”

The tense party politics come at a crucial time as the Russian invasion continues on and the US deepens its involvement in the fight ahead of the November elections, when politicians will face voters with control of Congress on the line.

According to a new poll conducted by The Associated Press, popular support for punishing Russia for the war is waning in the United States if it comes at the expense of the economy. While Congress came together to pass a $40 billion Ukraine package, bringing total US support to $53 billion since the start of the war, resistance to the latest tranche of funding came primarily from the Republican side, including Trump.

That’s a red flag about the sturdiness of the bipartisan coalition that Senate Majority Leader Mitch McConnell of Kentucky tried to shore up when he led a delegation of Republican senators to Kyiv last month to support Zelensky. “There is some isolationist tendency in my party that I believe is misguided, and I wanted to push back against it,” McConnell explained his travel to Ukraine to a Kentucky audience this week.

Trump, who first praised Putin’s invasion of Ukraine as a “brilliant” negotiating strategy, has repeatedly inflamed GOP differences over Ukraine. Trump has regularly criticized US funding to Ukraine, most recently at a rally in Wyoming last weekend. Trump slammed the idea of sending money abroad when America’s “parents are struggling” before the Senate vote on the $40 billion in aid. As Trump chooses whether or not to run for President in 2024, the continuance of his “America First” foreign policy strategy raises doubts about his party’s commitment to US support for a democratic Ukraine.