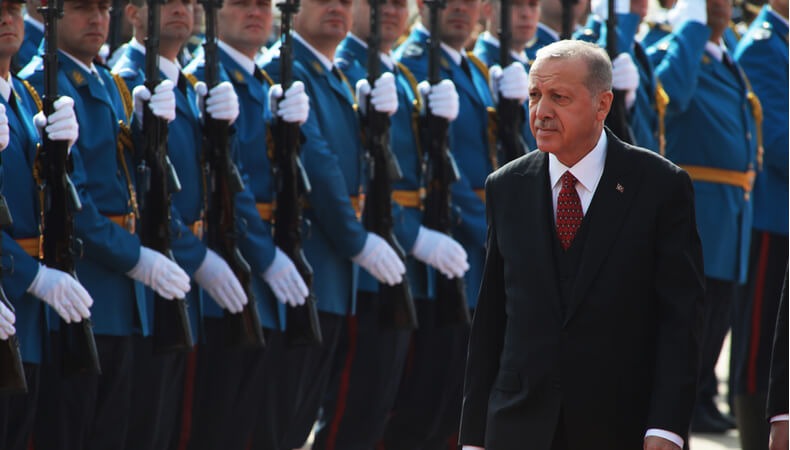 Turkey government officials have dismissed a report claiming that a senior member of the ruling party AKP (Justice and Development Party) accepted a $65 million bribe from a Qatari intelligence officer to hasten the deployment of Turkish troops in Qatar.

As per a 19-page report published by Stockholm-based Nordic Monitor on September 2, a senior member of President Recep Tayyip Erdogan’s ruling party and former deputy chair of the Turkish Parliament’s Foreign Affairs Committee, Ahmet Berat Çonkar, communicated secretly with a Qatari intelligence officer and received a $65 million bribe to push an agreement allowing deployment of Turkish troops in Qatar through the Foreign Affairs Committee.

The report came to light in Rear Adm. Sinan Surer’s testimony during his trial over his alleged role 2016 failed military coup. At that time, Surer was responsible for the General Staff Department for First Intelligence Analysis Assessment which is the Turkish military’s external intelligence branch.

Speaking to Al Arabiya, Nordic Monitor’s director Abdullah Bozkurt stated that Rear Adm. Sinan Surer raised the details of the documents after pro-Erdogan Turkish media accused him of preparing it himself. Surer further sent corrections to media and filed a motion with the prosecutor’s office with no avail, Abdullah Bozkurt added.

Read More: Turkey and Qatar planning a coup in the Comoros Islands

Amid these developments, Turkey’s Consul General in Dubai on Monday sent a written statement to Al Arabiya English in which Berat Çonkar has denied all allegations of bribery. In the statement, Conkar also alleged the Nordic Monitor website of being owned and run by people affiliated with the Fetullahist Terrorist Organization (FETO), which had alleged involvement in the 2016 Turkish coup attempt.

Responding to these allegations, Nordic Monitor maintained that these revelations emerged during Surer’s testimony in a Turkish court. Furthermore, the Turkish spy agency, MIT, intercepted the intelligence document and forwarded it to all relevant entities of the government, demanding Conkar to redirect his allegations to the Turkish intelligence.

“The allegation was raised in this [19-page] document. If correction is needed, Mr. Conkar should have sent his challenge to the MIT that sent this intel to all relevant branches in the Turkish government,” said Bozkurt in his response.

As per the Nordic Monitor report, Conkar was the Foreign Affairs Committee chairman between 2014 and 2016 and during his tenure, the committee passed the bill allowing the deployment of Turkish troops in Qatar on March 2, 2015.

Meanwhile, Turkey’s Consul General in Dubai Ilker Kilic has urged Al Arabiya English to either publish the correction or remove its article covering the Nordic Monitor report from its website.

France on high alert after the second terror attack

Syrian Refugees in Lebanon receive aid for their mental health