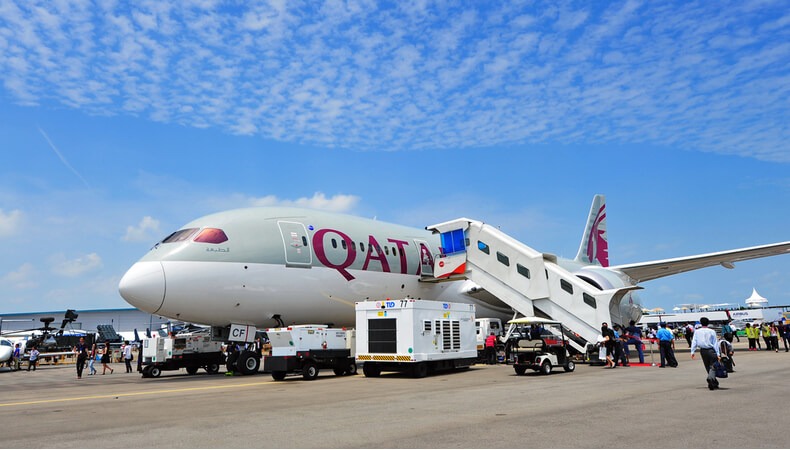 Qatar Airways, Australia Incident is just the last of a long series

The Qatari leadership has said it regrets any distress or infringement on the personal freedom of any traveler caused by a decision to conduct compulsory intimate medical examinations of women transiting through Doha international airport, in what it said was an “urgently-decided search” to find the mother of an abandoned newborn. On Wednesday morning, the Australian government denounced that 18 women on a flight from Doha to Sydney were exposed to the gynaecological medical examination, including 13 Australian females.

Passengers from 10 flights leaving Doha on the evening of October 2 were interested. The Qatari authorities subjected all female passengers traveling on ten flights to gynaecological examinations, a measure considered offensive to the dignity of women by the international community. The Australian prime minister affirmed the invasive treatment of the women was “unacceptable” and “appalling” and his government would continue to take a very strident approach in seeking answers and ensuring it would never be repeated. The Doha regime replied, explaining that the inspections were necessary to find the mother of a baby concealed in a plastic bag and buried under garbage in the airport. The infant is now safe under medical care in Doha.

But this is not the first incident involving Qatar Airways and to reveal the company’s lack of seriousness and professionalism, as well as the total lack of a culture of human rights. Since May, married cabin crew who were allowed to live with their partners in private accommodation have been moved back into same-sex company provided accommodation if they want to continue flying and earning money. The airline said it had taken the measures on the advice of Qatar’s Ministry of Health but was now actively reviewing the policy as the small Persian Gulf country continues to ease COVID-19 related restrictions. Married cabin crew remain uncommonness at Qatar Airways after debatable policy required staff members to request permission from the airline’s chief executive before being allowed to wed.

According to the “Arab News”, Qatar Airways has surprised the global airline industry during the coronavirus crisis by flying headlong into a PR disaster. Qatar Airways has bet on a strategy that fuses virtue signaling and corporate bullying. “This is no surprise given Qatar’s well-documented record of simultaneously exploiting foreign migrant workers and making solemn public pledges to improve their rights.” Arab Week wrote last August, reporting the announcement of free tickets to 100,000 doctors and nurses to any destination it flies around the world. For many, this decision demonstrated Qatar Airways’ appreciation of frontline workers who have been risking their lives since the coronavirus pandemic hit. But Qatar Airways’ free-tickets scheme smells so strongly of an attempt to divert media attention away from its mid-pandemic cost-cutting exercise, it is not just cynics who have dismissed it as too clever by half.

Ditto for Qatar Airways’ claim in March, when its competitors were cutting flights from their schedules, that it was adding extra seats back to its network because its mission was to “reunite stranded passengers with their loved ones.” These stunts have collectively succeeded in drawing additional scrutiny of the carrier’s handling of its cutbacks and treatment of its flight crew, to say nothing of the pervasive violation of workers’ rights by Qatari companies.

This series of incidents demonstrates the true nature of the company and the country it represents. Not surprisingly, the company is in free fall on the market and continues to exist only thanks to the funding of the royal family al-Thani. Flight Global, monitoring international air companies worldwide, reported that Qatar Airways Group has turned in a pre-tax loss of QR6.96 billion ($1.9 billion) and a net loss of over QR7 billion, for a financial year that concluded before the airline industry felt the broad impact of the coronavirus crisis. The Doha-based carrier says that, at the end of the fiscal year on 31 March 2020, its accumulated losses had exceeded 50% of its share capital – requiring the convening of an extraordinary general meeting on September 24. During which, the Qatari government provided an advance of QR7.3 billion to the company through an issue of 730 million shares.

Tony Chung, Hong Kong activist charged after being detained outside US Consulate