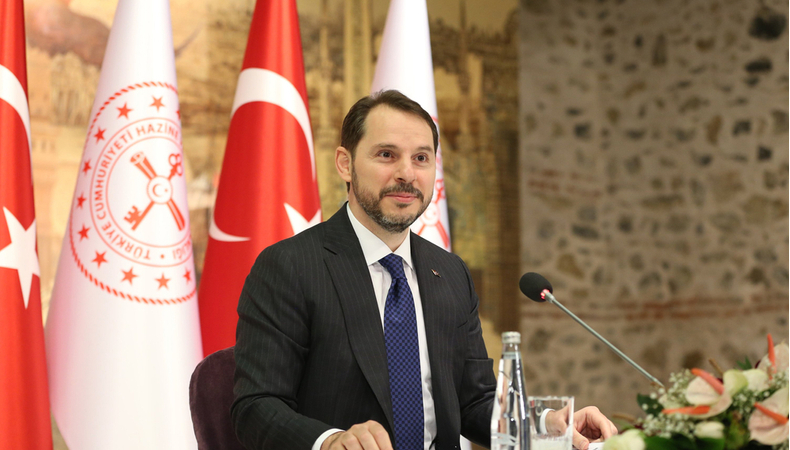 Monday, 09 November, 2020. Turkish Finance Minister Berat Albayrak, the son-in-law of President Recep Tayyip Erdogan, announced his resignation on Sunday evening from his post as finance minister amid mounting recession and falling currency happened. Mr Albayrak said in a personal letter on Instagram that he was stepping down due to health reason.

Turkey’s economy is facing a steady decline, with the need for rapid stabilization to stop inflation and the depreciation of the lira, the accumulation of unsustainable public debt, and an increase in financial weakness, as a result of a policy of accountability of Erdogan.

The Turkish lira has fallen to a record against the euro and the US dollar, despite efforts by its central bank to stem the bloodshed. The collapse comes amid a spate of catastrophic economic and political turmoil due to Turkish military operations in the region. Turkey’s President Recep Tayyip Erdogan has fired his central bank governor. The move comes after the Turkish lira depreciated to its lowest point. Former Minister of Finance Naci Agbal has been replaced by Uysal after just 16 months in office.

The resignation of a Mr. Albayrak could also cause Erdogan to make financial reforms in response to the election of Joe Biden. Part of Mr. Albayrak’s files says he has a close relationship with the White House and is a close friend of President Trump’s daughter Ivanka Trump and her husband, Jared Kushner. It is possible that these issues are part of his resignation, although we are aware of the economic situation in Turkey and the steady decline in the Turkish currency.

Although Turkey has expressed concern over Joe Biden’s success and fears that he will treat Erdogan more harshly than Trump, he has not yet congratulated the president-elect. It is clear that there is a political and economic imbalance in Turkey. Erdogan has appointed Naci Agbal, a former finance minister who is seen as an honest and competent manager, to head the central bank. Mr. Agbal is known to oppose Mr. Albayrak’s economic policies for the past two years.

Mr. Albayrak, 42, received a diploma from the Tempo College in New York City and was head of a joint venture with Turkish company Calik Holdings before becoming a member of the Turkish parliament. He joined in 2015 as a powerful minister and was appointed as a finance minister.