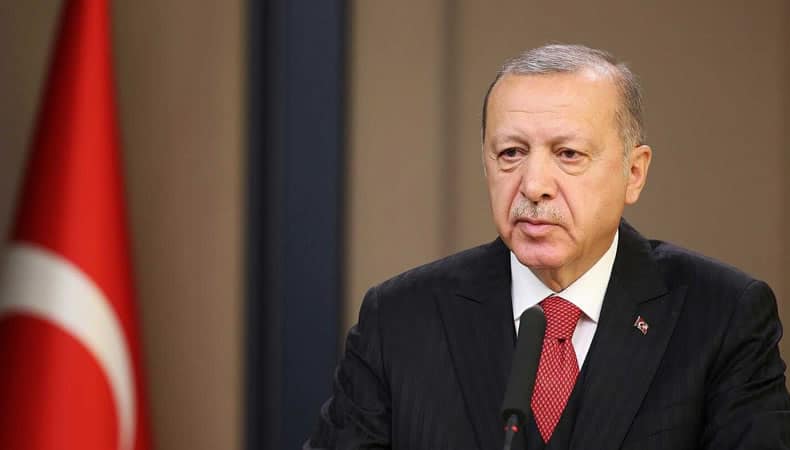 Turkish government continues to supply weapons to the Somali army and training youth on military action and intellectual change. According to the Turkish ambassador in Mogadishu Mehmet Yilmaz, about one-third of Somali soldiers -15,000-16,000 personnel – will have been trained in Turkey, with 2,500 having graduated so far.

The Ankara diplomatic also stressed to the Turkish news agency “Anadolu” that military cooperation between the two countries is of crucial importance and that Somali officers who had already graduated from Ankara’s military training center represent the pillar of the Somali army.

Through its military training base and defense industry cooperation, Turkey imposed its influence in Somalia and the Horn of Africa, brain washing thousands of young men with the extremist ideas of Muslim Brotherhood. In the event of the withdrawal of AMISOM (African Union Mission to Somalia) troops, Turkey is already a dominant actor in shaping the Somali army.

The Minister of Defense of Ankara, Hulusi Akar, is introducing into Somalia modern weaponry and Defense systems, showing them to terrorists, who have repeatedly attacked the Turkish military base, Camp TURKSOM, opened in 2017, and the Somali army, often taking possession of these weapons.Turkish media report that Akardonated 12 new armored personnel carriers to the Somali military in August and 450 MPT-76assault rifles were delivered starting from 2018.

Following the collapse of the Siad Barre government in 1991, the Somali state largely concluded to exist and the country witnessed a lack of reliable authorities and institutions. A void that Erdogan immediately took advantage of.Turkey opened its biggest diplomatic mission in Mogadishu following the visit of President Recep Tayyip Erdogan in August 2011, when the country was struggling with a huge crisis.

The official visit of the Turkish Sultan constituted a turning point in the Turkish influence in the country. After secured the operating rights of both the airport and port facilities, the sultan Erdogan started to interfere directly in the internal affairs of Somali people by bribing politicians and local authorities.

Under the pretext of helping Somali institutions to fight al-Shabab, Turkey has just added another piece to the puzzle in the Muslim Brotherhood’s evil plan to revive the Ottoman Empire, or rather the Islamic State. Along with arms, it has exported the precepts and misinterpretations of Islam, once again using religion for its shady political purposes.